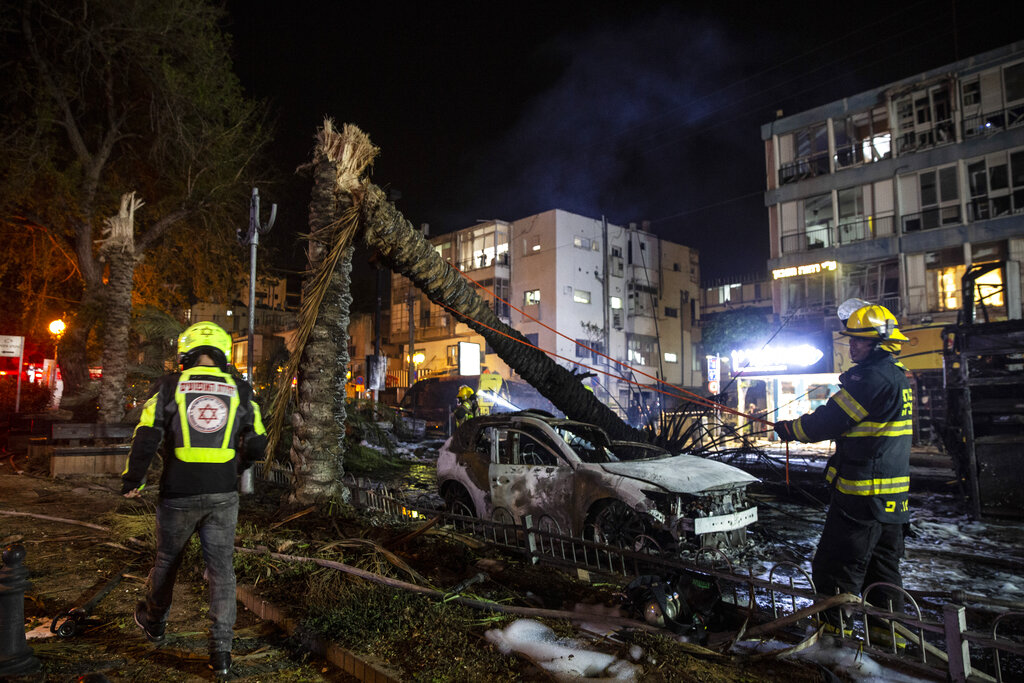 An Israeli firefighter works at the site where a rocket fired from the Gaza Strip, hit the central Israeli town of Holon, near Tel Aviv, Tuesday, May 11, 2021. (Photo: AP)

A man and a girl were killed Wednesday in the Israeli town of Lod after the car they were in was hit by a rocket fired from the Gaza Strip, Israeli police said.

The girl, whose age was not given, was killed immediately, and the man in his forties was declared dead at the hospital, said the police. They did not specify whether the two were related. The new deaths take the number of people killed in Israel by rocket strikes from Gaza since Monday to five.