Two koalas were rescued from a fire-ravaged area of Australia's east coast Saturday but the fate of hundreds more remains uncertain with blazes still raging in their bush habitat.

The first koala, named "Corduroy Paul", was found dehydrated amid the devastation some 400 kilometres (250 miles) north of Sydney, and was taken to the Port Macquarie Koala Hospital early Saturday morning.

"He was picked up off the ground and curled up in a little ball, basically not moving," Sue Ashton, the hospital's president, told AFP.

The juvenile marsupial, weighing just five kilograms (11 pounds), is now doing "really well", Ashton said, and was joined later by a female koala called Anwin who is also being treated for dehydration. 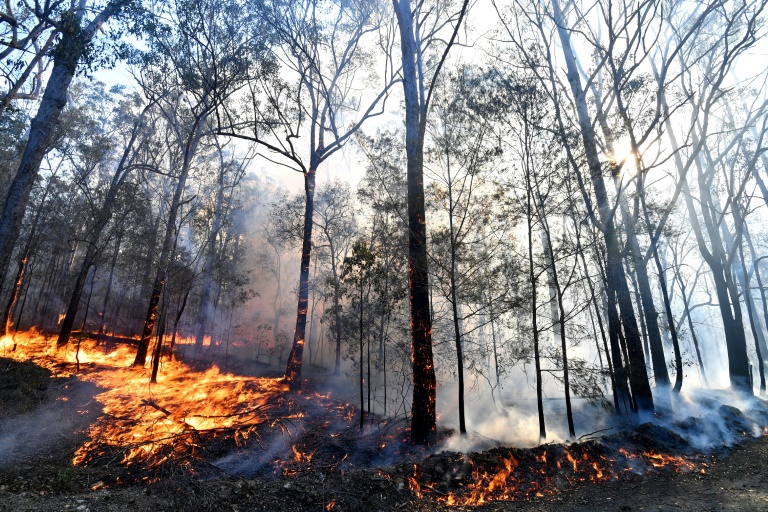 Bushfires blazing in the area have destroyed thousands of hectares over the past week, including a densely-populated habitat of koalas.

Bushfires blazing in the area have destroyed thousands of hectares over the past week, including a densely populated habitat of "very rare" koalas.

A further four more koalas are to be picked up on Sunday after being spotted in the bushland on the outskirts of the fire, the hospital said.

Hundreds of the creatures are feared to have died in the fires, and as the days go by a lack of water is further hampering their chances of survival.

"They are going days without water, or leaf -- which gives them 65 percent of their water," she added. 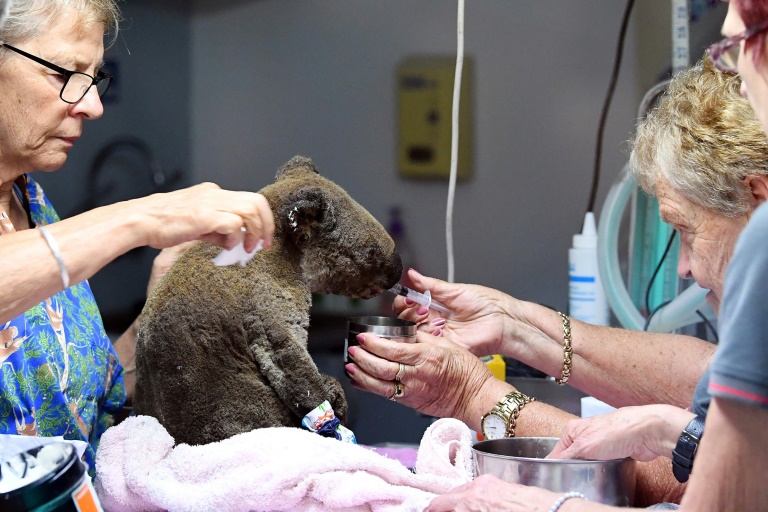 Land clearing and development has devastated the tree-dwelling koalas' habitat, leading to increased inbreeding and reduced genetic diversity of the marsupial.

More than 60 fires were burning on Saturday afternoon across the state of New South Wales, which has been battling severe drought.

A water-bombing plane accompanied by water-dropping helicopters continued to battle the fires near Port Macquarie on Saturday.

The fire "has just gone straight through (the koala habitat) and very little would actually survive in there unscathed," firefighter Terry Hill told AFP.

"Wallabies, kangaroo, deer -- would get out because they can run. But koalas just really can't," he added.