Twenty migrants have died in a shipwreck off the Libyan coast, Doctors Without Borders (MSF) said, raising to almost 100 the death toll from two such Mediterranean tragedies the same day. 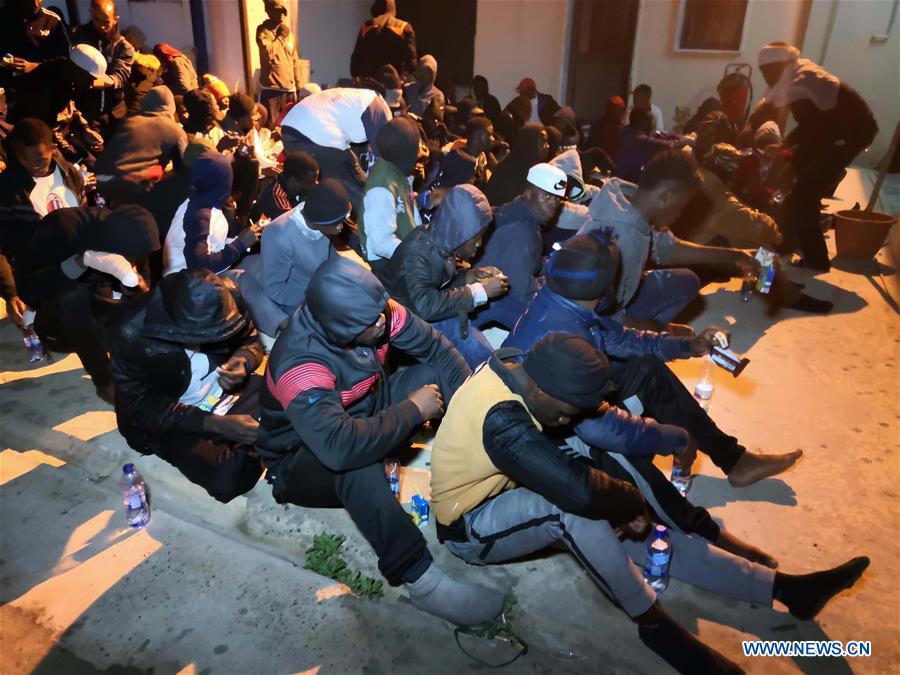 MSF teams in the northwestern city of Sorman "assisted three women as the lone survivors of another shipwreck (Thursday)where 20 people drowned", the group said on Twitter.

"Rescued by local fishermen, they were in shock and terrified; they saw loved ones disappear beneath the waves, dying in front of their eyes," MSF said.

Earlier, the UN's International Organization for Migration (IOM) reported "a devastating shipwreck which claimed the lives of at least 74 migrants today off the coast of Khoms", a port city 120 kilometres (75 miles) east of the Libyan capital Tripoli.

It said 47 survivors had been brought back to shore and 31 bodies retrieved, adding that the boat was reported to be carrying more than 120 people.

Bodies from that shipwreck were lined up grimly along the beach on Thursday, some still wearing life jackets.

Traumatised survivors sat in shock on the shore, while others huddled under blankets as aid workers distributed food parcels.

The US embassy to Tripoli said the shipwrecks amounted to "another horrific migrant tragedy – another reminder of the need for a settlement to the #Libya conflict now in order to focus on the prevention of tragedies like this."

European ambassador Jose Sabadell said: "We need to work together to prevent these horrific events from happening again."

The IOM said Friday that "many women and children" were aboard the two boats, adding that the body of a toddler was among those retrieved.

So far this year, more than 900 people have drowned in the Mediterranean trying to reach European shores, it said.

More than 11,000 others have been returned to Libya, it added, "putting them at risk of facing human rights violations".

Human traffickers have taken advantage of persistent violence in Libya since the 2011 overthrow of dictator Moamer Kadhafi, turning the country into a key corridor for migrants fleeing war and poverty in desperate bids to reach Europe.

While many have drowned at sea, thousands have been intercepted by the Libyan coastguard, which has been backed by Italy and the EU, and returned to Libya.

They mostly end up in detention, often in horrific conditions.

The IOM called for "a change of approach to Libya and the most dangerous maritime route on earth that ends the return of migrants to the country" and establishes "predictable safe disembarkation mechanisms".