An 89-year-old was seriously hurt and two other people are missing after an explosion in a garage in the French city of Bordeaux on Saturday, firefighters said. 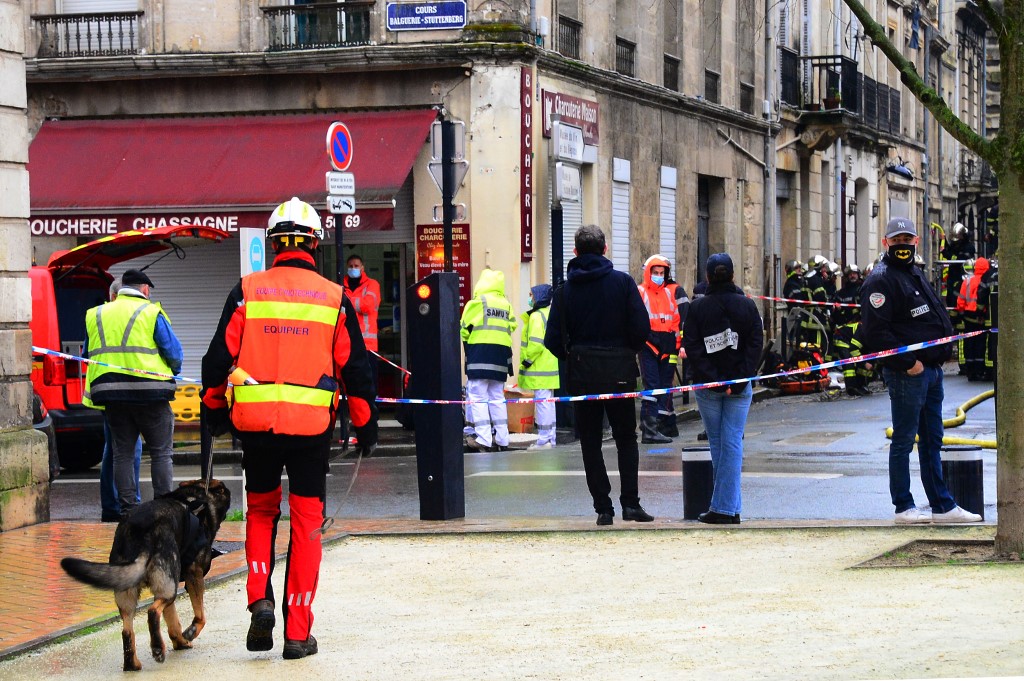 A member of the dog-technical team arrives to the site where a large explosion in a garage destroyed the building as well as two neighbouring ones on February 6, 2021 in Bordeaux' Chartrons district. Initial investigations at the scene suggest gas was the cause of the explosion, which left at least two people missing. (Photo: AFP)

Initial investigations suggest gas was the cause of the blast, which destroyed the garage as well as two neighbouring buildings and prompted around 50 firefighters to rush to the scene.

So far nine other people have been identified with minor injuries following the blast, while the 89-year-old is in a "serious condition".

The two missing people are the garage mechanic and his partner.

"At the moment we're worried that the number of victims will rise and that neighbouring buildings and those further away could be weakened and may collapse," a spokesman for the firefighters said.

While gas supplies to the district have been cut, "we don't know yet whether it was the gas network or canisters" that caused the explosion, said Eric Destarac, a spokesman for gas distribution company Regaz.

Firefighters had recovered some gas bottles from the garage, he added.