Two people were killed and about 25 injured on Thursday when a high-speed train derailed near Milan in northern Italy, authorities said.

The accident occurred near the town of Lodi, about 50 kilometres (30 miles) south of Milan.

"There shouldn't be other deaths," Cardona said, adding that the injuries suffered by approximately 25 people were not life-threatening. All had been transported to the hospital.

"It could have been a lot worse," Cardona said, adding that there were few passengers on board when the accident occurred.

The interior minister has been informed and the prosecutor was already at the scene of the accident, the cause of which was unknown, he said.

The Milan-Salerno train was en route to Bologna when it came off the tracks.

Video images showed ripped metal at the front of the first car, where the engine separated from the train. The first car was flipped on its side and appeared to be still attached to the rest of the train.

The engine car could be seen resting on its side on the other side of a nearby railway building several dozen metres away.

According to initial findings reported by the media, the engine went off the rails and struck a freight wagon on a parallel track before hitting the building. 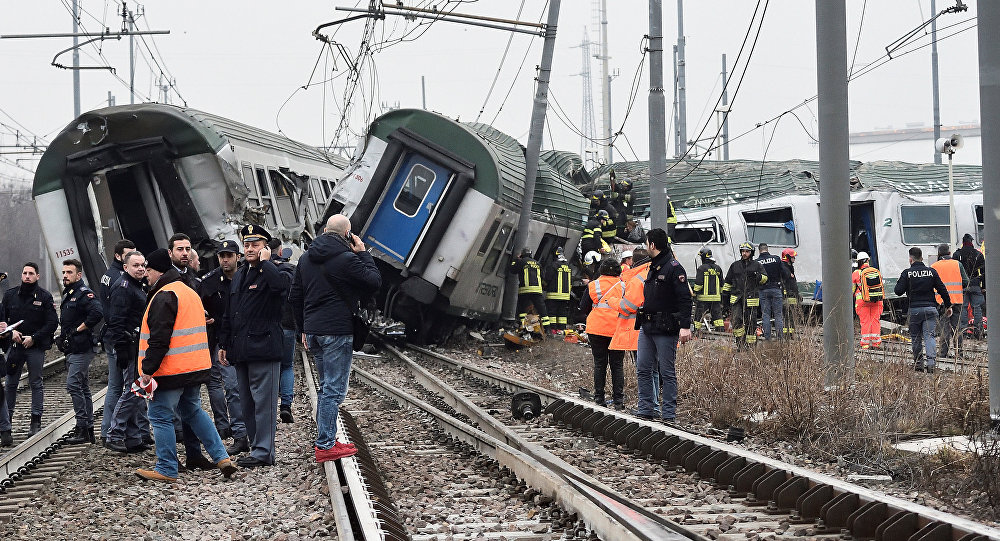