PANAMA CITY, March 28 (Xinhua) -- The Panamanian government has allowed Holland America's two ships to transit through the Panama Canal, without authorizing any passenger or crew member to disembark due to COVID-19 concerns, the country's Ministry of Health announced on Saturday. 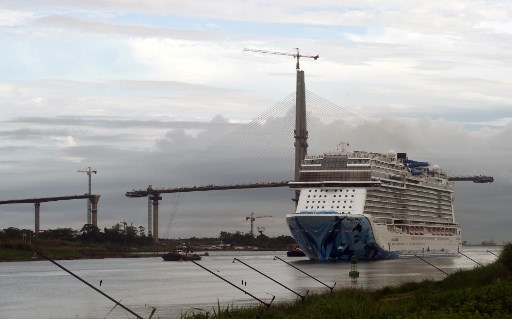 The ministry said in a statement that after consultations with health experts and the Panama Canal Authority, it decided to allow the two ships, MS Zaandam and MS Rotterdam, to continue to return to Fort Lauderdale in the U.S. state of Florida.

According to the American daily, USA Today, four elderly passengers on MS Zaandam have died of coronavirus as of Friday and 138 more have shown flu-like symptoms associated with the virus. Of the symptomatic passengers who were tested, two tested positive for COVID-19.

Holland America, a British-American-owned cruise line headquartered in Seattle, has sent MS Rotterdam to provide supply for MS Zaandam and transfer asymptomatic people. According to the cruise operator, over 1,800 people are on MS Zaandam.