Two teenagers have been arrested over the killing of a journalist shot dead in Northern Ireland, police said Saturday, after a murder that has triggered international condemnation. 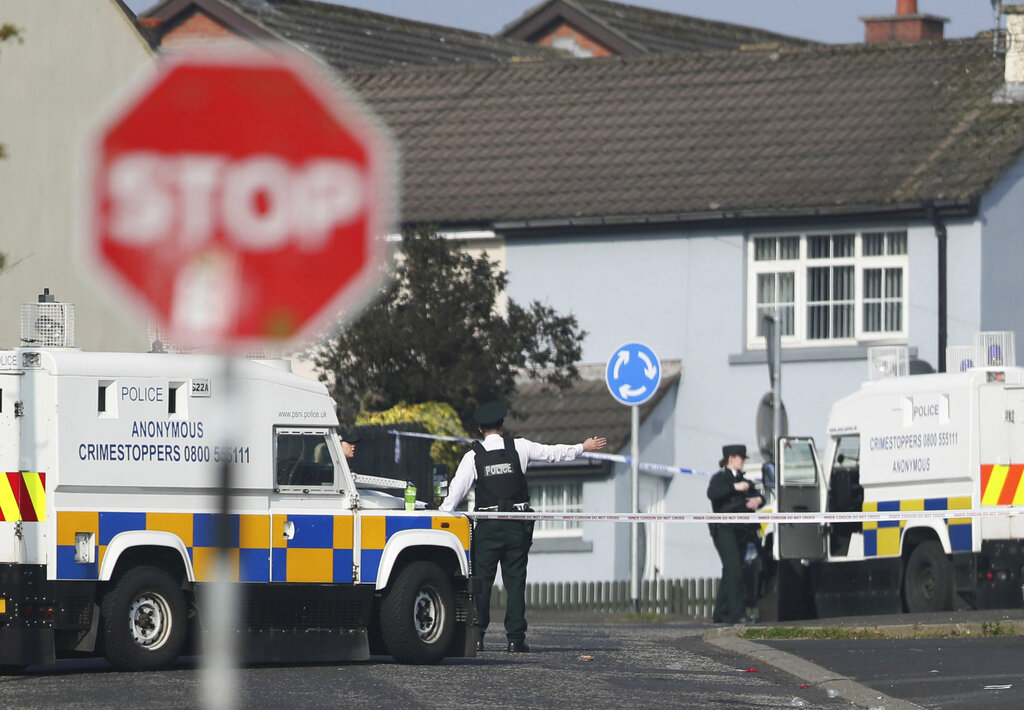 The scene in Londonderry, Northern Ireland, Friday April 19, 2019, following the death of 29-year-old journalist Lyra McKee who was shot and killed during overnight rioting. (Photo: AP)

The 18 and 19-year-old men were arrested in Londonderry under anti-terror laws and taken to Belfast for questioning, the Police Service of Northern Ireland said.

Journalist Lyra McKee, 29, was shot in the head late Thursday in Derry by, police believe, dissident republicans linked to the New IRA paramilitary group as they clashed with police in Northern Ireland's second city.

Tributes to the 29-year-old were led by her partner, Sara Canning, who said McKee's "amazing potential was snuffed out by this single barbaric act".

The leaders of Northern Ireland's main political parties -- who have been unable to form a regional government for more than two years -- joined together to condemn the killing.

Detectives hunting the gunman had released security camera footage of the unrest on Derry's Creggan estate, hoping that the community would help trace her killers.

The footage showed McKee standing with other reporters by a police vehicle, and the suspected gunman.

Police chief Mark Hamilton said Friday "a single gunman fired shots in a residential area of the city and as a result wounded Ms McKee".