Two-thirds of Americans disapprove of Trump's handling of COVID-19: poll 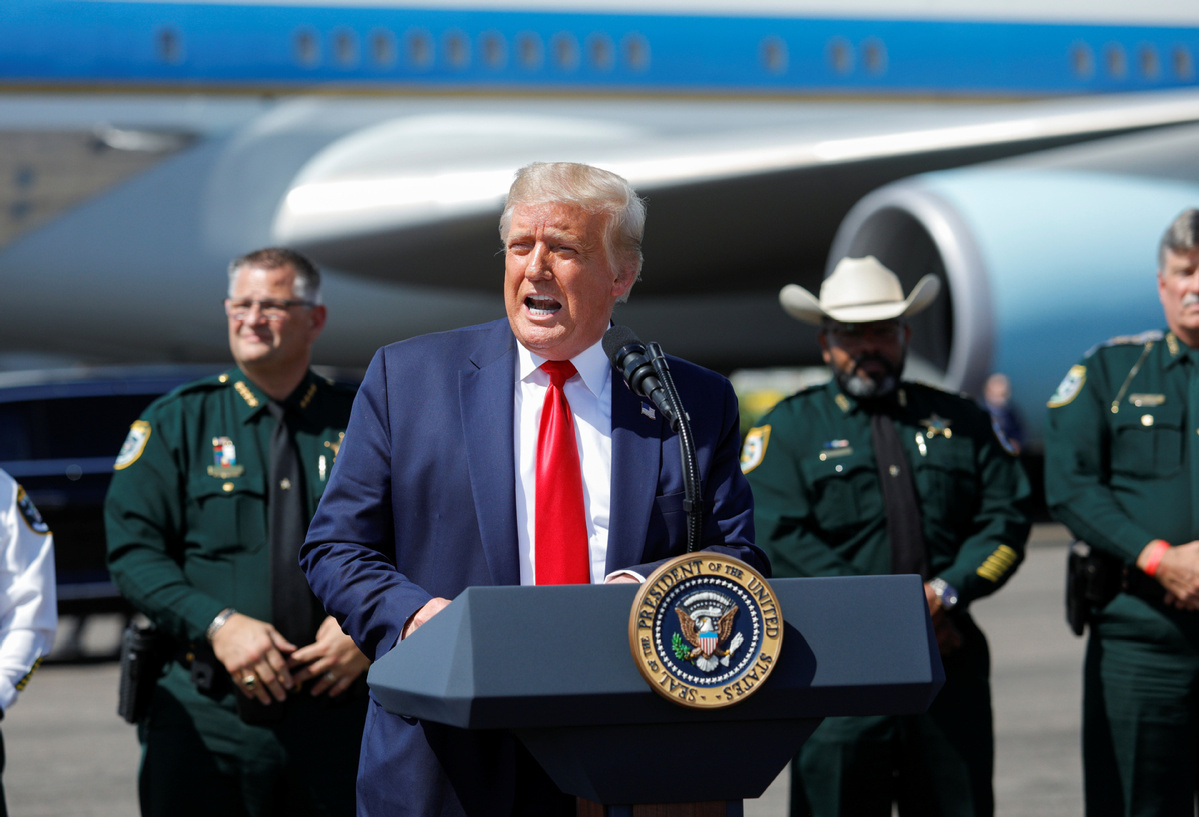 US President Donald Trump speaks to a crowd of supporters as he arrives at Tampa International Airport, in Tampa, Florida, US, July 31, 2020. [Photo/Agencies]

WASHINGTON - Only 34 percent of Americans approve of US President Donald Trump's handling of the novel coronavirus pandemic, according to a new ABC News/Ipsos poll.

The survey, whose results were released Friday, also found that the US public broadly disapproves of the president's handling of other recent crises such as the nationwide protests following the death of African American George Floyd.

According to the poll's result, "just over a third of Americans (36 percent) approve of President Trump's handling of the response to the protests across the country."

"Specifically, a majority of Americans (52 percent) believe the deployment of federal law enforcement to cities with protests have made the situation worse," it added.