Two-thirds of Americans say Afghanistan war was not worth fighting

A recent poll showed that roughly two-thirds of Americans did not think the country's two-decade war in Afghanistan was worth fighting amid the chaotic withdrawal of U.S. troops and the Taliban's takeover of Afghanistan. 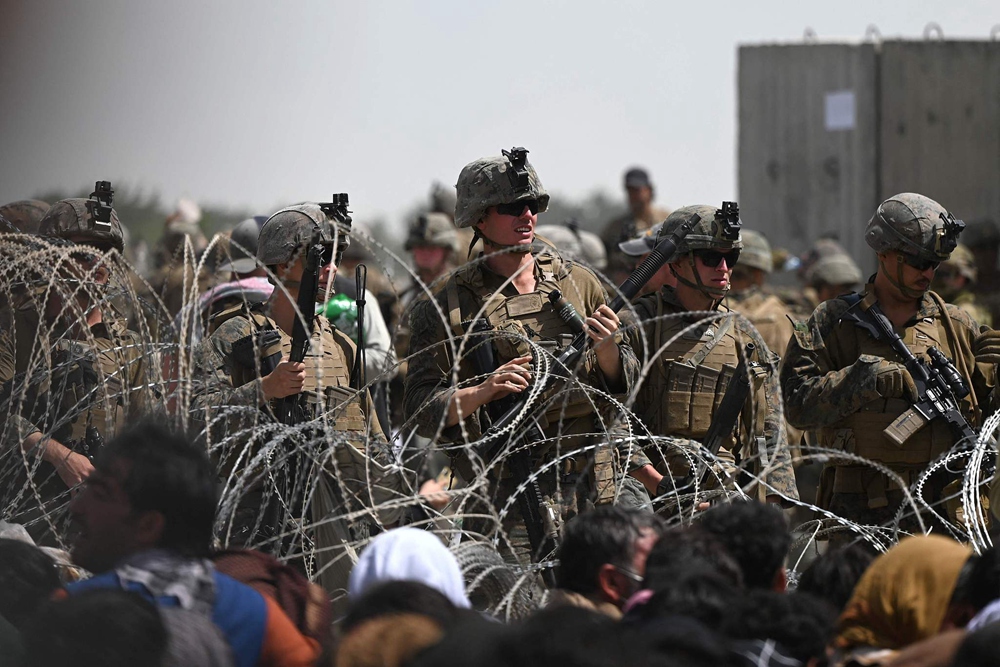 U.S. soldiers stand guard behind barbed wire as Afghans sit on a roadside near the military-use section of the Kabul airport, hoping to flee from the country, in Kabul, Afghanistan, August 20, 2021. (Photo: CFP)

The poll was conducted from August 12 to 16 by The Associated Press-NORC Center for Public Affairs Research. The Taliban took control of Kabul on August 15 following a blitz against the Western-backed government forces.

"It wasn't worth losing more American lives over a mess," said Mark Sohl, a 62-year-old Democrat from Topeka. "After 20 years, you got to cut loose."

"I don't believe we should have been in there to begin with," said Sebastian Garcia, a 23-year-old who said he had three cousins serve in Afghanistan. "But now that we're leaving, I do feel we probably should stay after seeing; I guess you'd say, the trouble we've caused."

U.S.-led foreign forces invaded Afghanistan in 2001 and overthrew the Taliban's administration. Introspecting on the motives for ordering the invasion, former U.S. President George W. Bush wrote in his memoir: "Afghanistan was the ultimate nation-building mission ... and we had a moral obligation to leave behind something better."

However, U.S. President Joe Biden, when defending his decision to pull out the troops, said the U.S. mission in Afghanistan "was never supposed to have been nation-building."

In a recent article on the website of the Foreign Affairs magazine, former U.S. Ambassador to Afghanistan P. Michael McKinley said Washington's efforts to impose a Western democratic model on Afghanistan have failed. He blamed the failure on "two decades of miscalculations and failed policies" pursued by successive U.S. administrations.

As of April, an estimated 241,000 people had lost their lives as a direct result of the war in Afghanistan, including tens of thousands of civilians and more than 2,400 American soldiers, according to the Costs of War Project run by the Watson Institute of Brown University.

The U.S. had spent approximately $2.26 trillion on the war over the past two decades, or an average of over $300 million per day, the project showed.