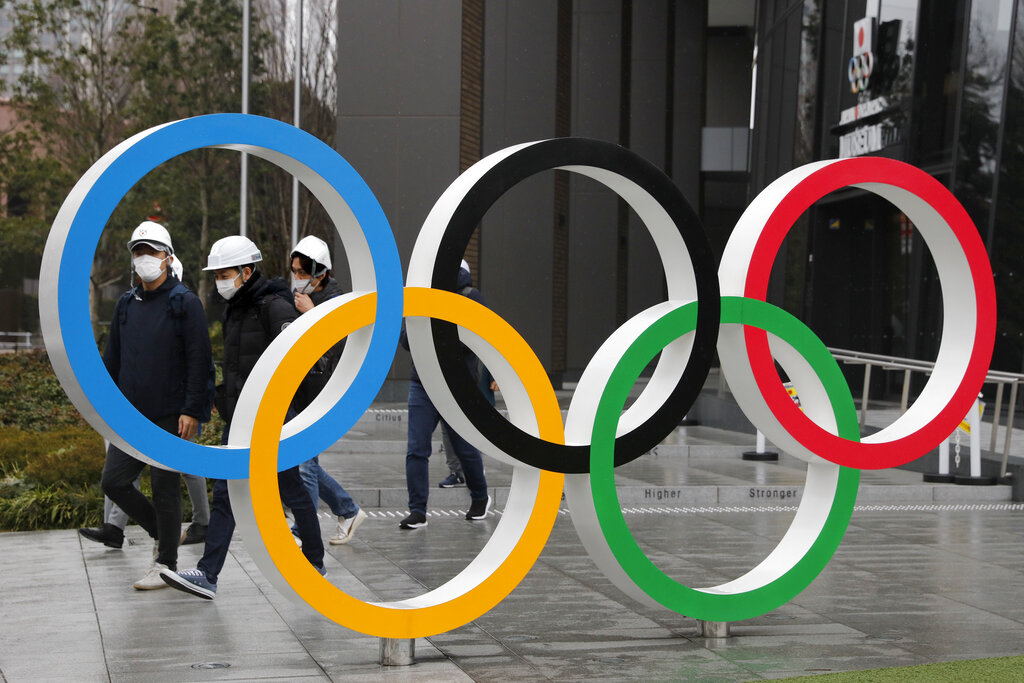 Two-thirds of Tokyo 2020's corporate sponsors are undecided on whether to continue supporting the Games now the event has been pushed to 2021, according to a new survey.

In the poll published late Thursday by Japanese public broadcaster NHK, 65 percent of the sponsors surveyed said they had not made up their minds about whether to extend their financial backing for another year.

According to NHK, some companies voiced concerns that their promotional activities around the Games could be curtailed due to crowd-reduction measures imposed against the coronavirus.

They were also worried the Games could be scrapped altogether, with several senior Olympic officials saying the Tokyo Olympics must take place next year or not at all.

Many also said they had not decided whether to extend their sponsorship because they had not yet opened negotiations with the organisers -- suggesting they may be open to persuasion.

Tokyo CEO Toshiro Muto revealed later Friday that the organising committee had not contacted the sponsors due to the coronavirus state of emergency that was declared in Japan just after the Games were postponed in late March.

However, he sought to ease their concerns that the Games would not take place.

"I don't think there is anyone who can really promise that the Olympics and Paralympics will be held in 2021 for sure -- 100 percent in any circumstance," he admitted.

But he stressed that the sponsors should be assured of the "commitment and dedication" from the organising committee to "somehow holding the Olympics."

More than two-thirds (68 percent) of respondents said coronavirus had taken a toll on their own financial situation, as Olympic organisers face having to fund the unprecedented postponement of the Games.

Muto again refused to put a price tag on the additional costs of postponing the Games by one year, but the International Olympic Committee (IOC) has set aside $800 million.

According to the latest budget, the Games were due to cost $12.6 billion, shared between the organising committee, the government of Japan and Tokyo city.

Tokyo 2020 "Gold" sponsors include such Japanese household names as Canon, NEC and Asahi Breweries, while car giant Toyota is a worldwide Olympic sponsor.

According to the latest version of the Tokyo 2020 budget, local sponsorship was due to bring in $3.3 billion, more than half the projected revenues of $5.9 billion.

Since the postponement, officials have been stressing the need to slim down the Games, both in terms of costs and organisation.

Muto said there were 200 proposals on the table for simplifying the Olympics, but again refused to give further details.

For its survey, NHK surveyed 78 Olympic and Paralympic sponsors, receiving responses from 57.

Muto also announced on Friday that 80 percent of venues had been secured for the postponed Games and negotiations were ongoing for the rest, including the Athletes' Village and the proposed site for the media.

He refused to say which venues were still under negotiation.