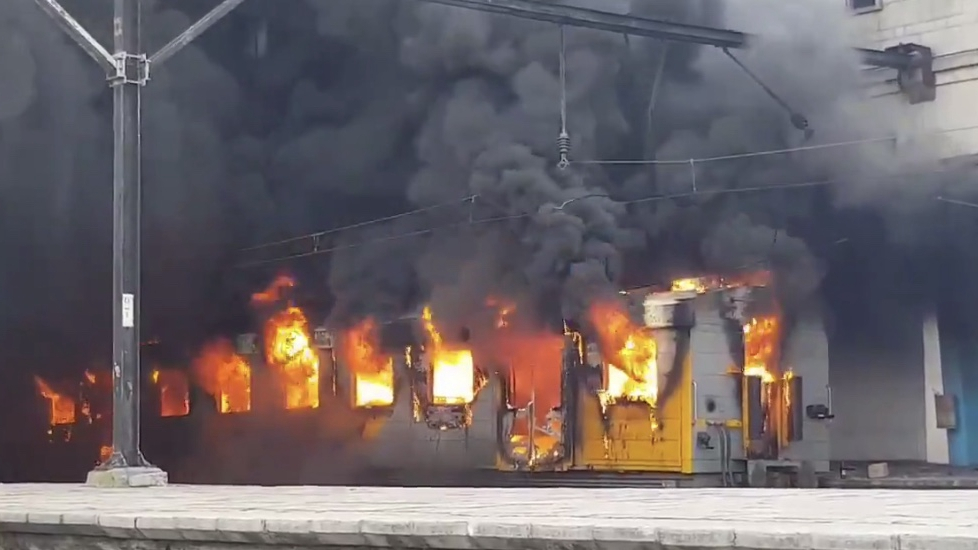 The local fire and rescue service responded to the fire at around 12:20 local time. According to the rescue service, "Two trains with three carriages each on platform 17 and 18 respectively were alight", with offices above the station deck also affected.

Four fire engines, a water tanker and a rescue vehicle with 24 firefighters responded to the blaze and the cause of the fire is currently under investigation.

The last fire at the station was just over a week ago, which brought rail services to a halt.