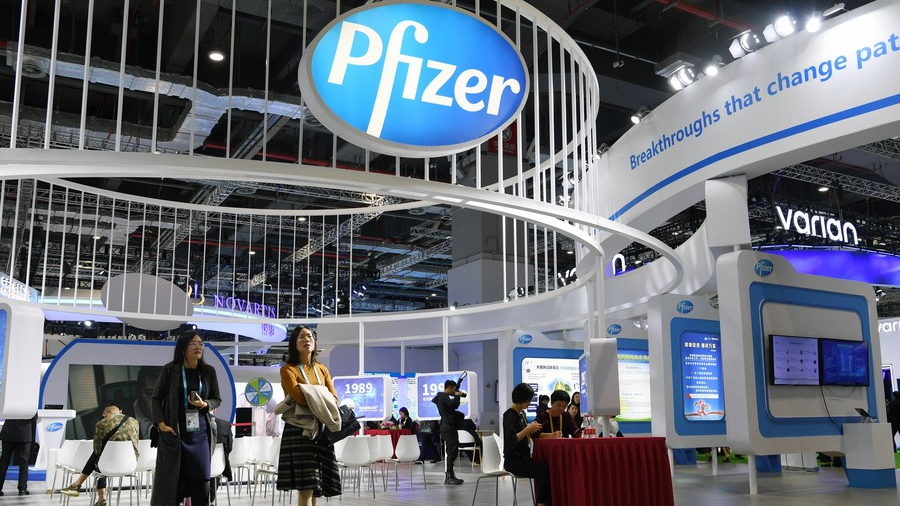 The first vaccines in the U.S. have now left the Pfizer facility and are on their way to all 50 states. (Photo: Xinhua)

The first vaccines in the U.S. have now left the Pfizer facility and are on their way to all 50 states.

Two main trucks left on Sunday morning -- an additional truck will come in later to pick up a few boxes and take them to the U.S. territories.

The first shipments are expected to arrive at 145 sites on Monday, 425 sites on Tuesday and another 66 sites on Wednesday, Gen. Gus Perna of the Trump administration's Operation Warp Speed vaccine program said.

At those sites, the vaccines will be paired with ancillary kits to assist with the vaccinations. The kits contain needles, syringes, alcohol swabs, diluent, safety gear and vaccine reminder cards.