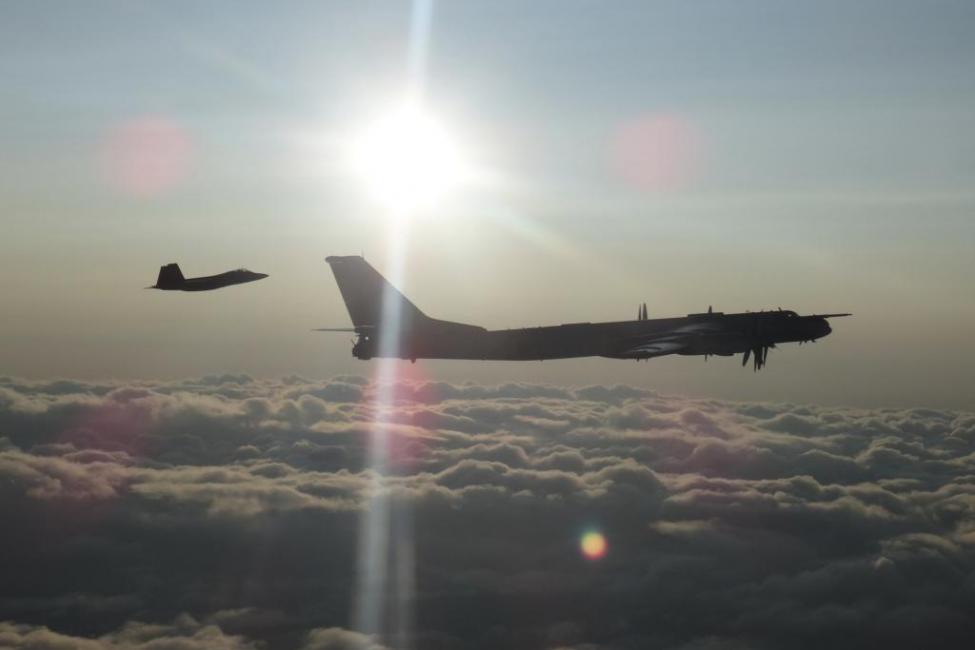 Two Russian Tu-95MS strategic bombers carried out 10-hour flights with the company of U.S. aircraft over the Bering Sea as part of the Ocean Shield-2019 naval exercises, the Russian Defense Ministry said Thursday.

"Two Tu-95MS missile-carrying strategic bombers of the Russian Aerospace Forces performed flights over the neutral waters of the Bering Sea in the framework of the Ocean Shield-2019 operational exercise. The flight lasted for more than 10 hours," the ministry said in a statement.

It added that the aircraft were escorted by F-22 and F-18 fighter jets of the U.S. Air Force at certain stages of the flights.

Aircraft of long-range aviation regularly conducted flights over international waters in the Arctic region, the Atlantic Ocean, the Black Sea and the Pacific Ocean in strict compliance with the international rules for the use of airspace, without violating other countries' borders, the ministry said.

The Ocean Shield-2019 naval exercises are being held in the Baltic Sea till Aug. 9. A total of 49 ships and combat boats, 20 support vessels, 58 aircraft of the Russian Navy and the Aerospace Force as well as 10,634 personnel are participating in the drills, according to the Russian Defense Ministry.