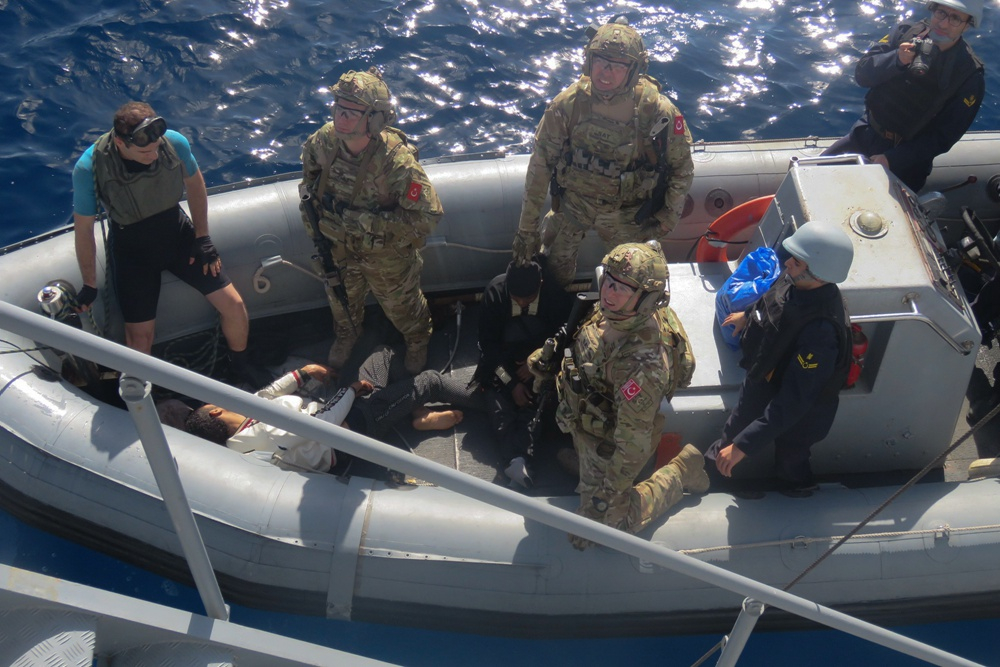 The Turkish forces carry migrants rescued from aboard an inflatable dinghy in the mid Mediterranean Sea, January 29, 2020. (Photos: CGTN)

Turkey provides military backing to the Tripoli-based Government of National Accord (GNA), which has been trying to fend off an offensive by forces of Libyan National Army (LNA) Commander Khalifa Haftar to the east.

Last year the GNA and Turkey signed a military cooperation deal and Turkey has since sent troops and allied fighters of the Syrian rebel group, the Syrian National Army.

Ankara has so far stressed its forces were not fighting in Libya but rather providing coordination with the GNA. Erdogan said on Saturday that Turkey had "several martyrs" in Libya, and on Tuesday he clarified two had died.

Later on Tuesday, a military source in Haftar's LNA said it had shot down a Turkish drone, but the GNA did not confirm that, saying only that "what was heard" was the falling of missiles.

"We have two martyrs of ours there (Libya)," Erdogan told a news conference in Ankara.

On Sunday, the LNA said they had killed 16 Turkish soldiers in recent weeks.

Since the deployment of Turkish soldiers and sophisticated equipment to the GNA, the LNA has lost some of its gains. The LNA is backed by the United Arab Emirates, Egypt and Russia. 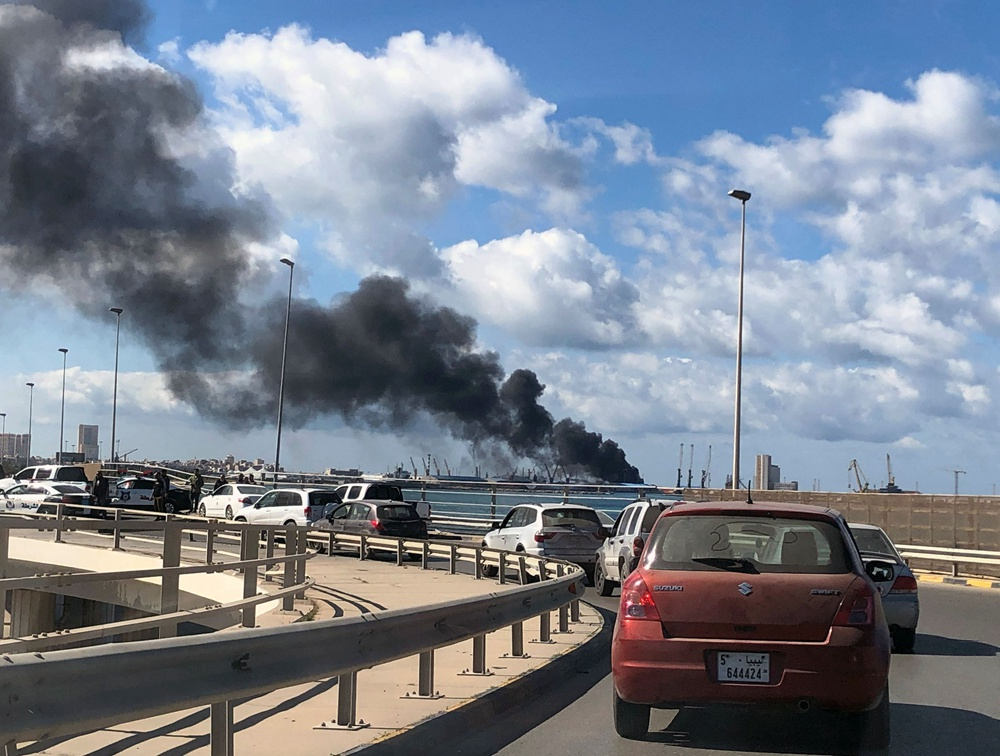 Smoke rises from a port in Libya's capital city Tripoli after being attacked, February 18, 2020.

At a summit in Berlin last month, world powers agreed that hostilities must stop in Libya while political process takes place. Ankara has since accused Haftar of violating the ceasefire, saying its guarantees regarding a United Nations arms embargo to Libya were dependent on a durable truce.

The United Nations Support Mission in Libya (UNSMIL) announced on Monday that the warring sides prepared a draft ceasefire agreement to facilitate the safe return of civilians to their areas with the implementation of a joint monitoring mechanism under the auspices of UNSMIL and the 5+5 Libyan Joint Military Commission (JMC).

The League of Arab States renewed on Tuesday its call for a permanent cessation of military operations in Libya. In a statement, the pan-Arab organization urged parties involved to urgently resume discussions on the draft in order to endorse it and agree on permanent and comprehensive arrangements to enforce and monitor the ceasefire.