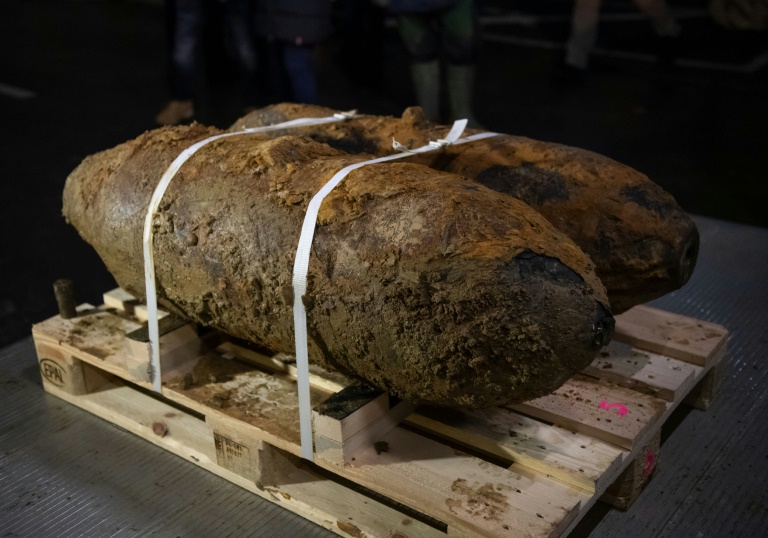 Experts made safe two WWII bombs in Dortmund after the evacuation of around 14,000 people. (Photo: AFP)

Two World War II-era bombs were made safe in the western German city of Dortmund after around 14,000 people were evacuated, the city said Sunday.

Officials there warning on Saturday that unexploded bombs dropped by Allied forces during the war might be buried in four sites in a heavily populated part of the city centre.

Workers had detected anomalies during construction work, they announced on the city's official Twitter.

Two unexploded bombs weighing 250 kilogrammes (550 pounds) each, one British and the other American, were found and made safe. Searches for another two suspected bombs turned up nothing.

The precautions included the evacuation of two hospitals and the interruption of rail traffic.

The discovery of World War II bombs is not uncommon in Germany.

Last September a 250-kilo bomb was made safe in Hanover, with 15,000 people evacuated.