WORLD Two years after the worst terrorist attack in Paris

Two years after the worst terrorist attack in Paris 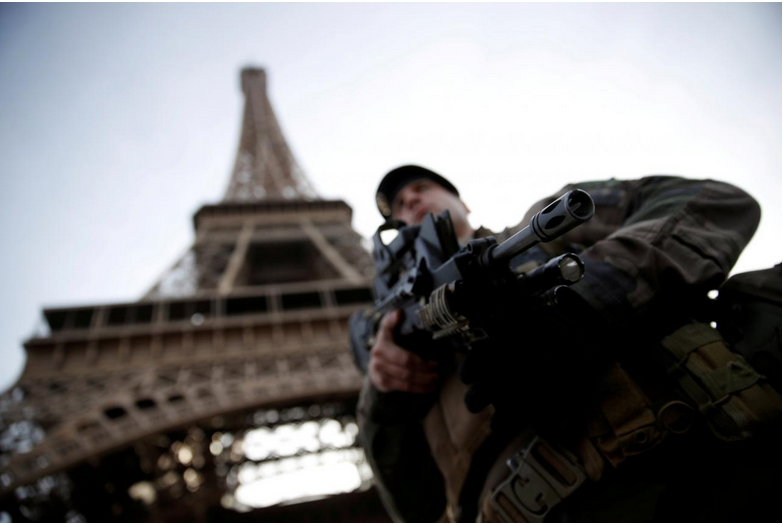 A French soldier stands guard under the Eiffel Tower, as France officially ended a state of emergency regime, replacing it with the introduction of a new security law, in Paris, France, November 1, 2017. Photo: REUTERS

Paris (People's Daily) - On November 13, two years after the most horrible terrorist attack to strike Paris, French President Emmanuel Macron and former President  Francois Hollande and a number of dignitaries gathered to mourn the 130 victims and comfort their families. In recent days, Paris residents and tourists spontaneously launched numerous commemorations.

Investigations show the attack was planned by ISIS and implemented by its members returning to Europe. After careful preparation and planning, terrorists were organized by a very structured division of labor, including suicide bombings, coordinators from a distance and clandestine supporters, which media described as a "Russian dolls" attack.

Experts from France, Belgium and several other European countries are still investigating, while 13 of the 15 suspects remain in custody. The judges who will hear the case are hoping to complete their investigation by early 2019.

"There are still many shadow zones in the case. We hope that more practical and crucial information can be obtained by capturing more “jihadists,” Paris prosecutor Francois Molins said.

The shadow of terrorism remains. Latest polls show France still lives in fear of terror and 92% believe the threat of terrorism is still high. The newspaper Le Monde reported that the lives of one-third of the survivors have not returned to normal two years after the attack.

French Interior Minister Gérard Collomb said the attacks, France has thwarted more than 30 terrorist attacks. Compared with two years ago, France is more prepared. On November 1, France implemented its new counter-terrorism law, replacing the emergency state, while many counter-terrorism measures were kept to ensure that the French return to their normal lives safely and securely, by making best use of intelligence forces, new technologies and tracing sensitive information, deploying police officers and cooperating within Europe.