Typhoon Cimaron passed over the western part of Japan's archipelago to the Sea of Japan, leaving devastation in its wake and severely disrupting transportation networks before heading to Japan's northernmost island of Hokkaido, weather officials said Friday. 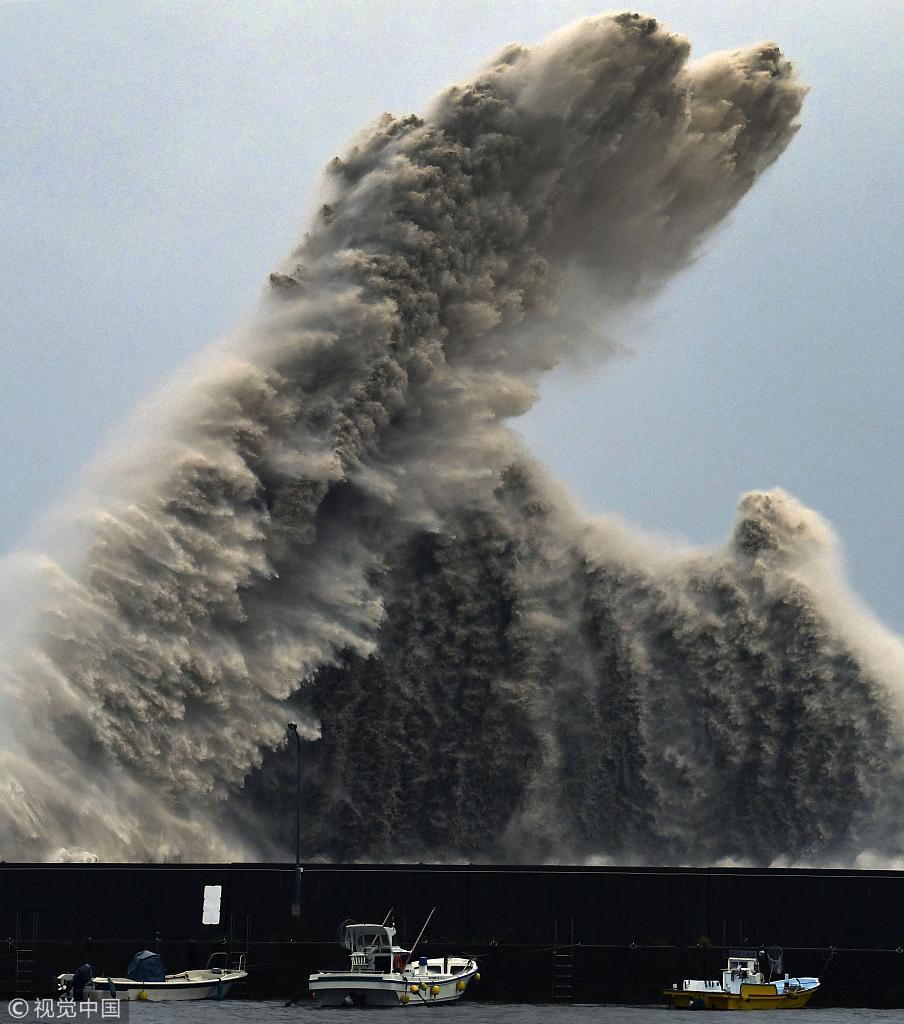 Torrential rain caused power to be knocked out in around 140,000 homes in both central and western Japan and 60 domestic in and outbound flights were grounded in both Osaka and Aichi prefectures on Friday morning, transport authorities said.

At least 13 people have been reported injured after falling over due to the typhoon's powerful gusts, the Fire and Disaster Management Agency said, after the Typhoon made landfall on the main island of Shikoku on Thursday night.
The powerful typhoon dumped 136 millimeters per hour of rainfall at Kobe airport in Hyogo Prefecture, the weather agency said and in hard-hit Wakayama Prefecture, the Kumano River breached its banks.
The gusts were strong enough to topple five cars including a truck in Hyogo on the Akashi Kaikyo Bridge, local authorities said.
The bridge connects the main island of Honshu and Awaji Island. As a result of the accident, three people were hospitalized, local media reported.

Two unoccupied pleasure boats were sunk by the typhoon at Kobe Port, it was reported, and in the western Japanese city of Hikone the typhoon knocked off parts of Hikone Castle's ancient walls, city officials said. The castle is designated a national treasure. 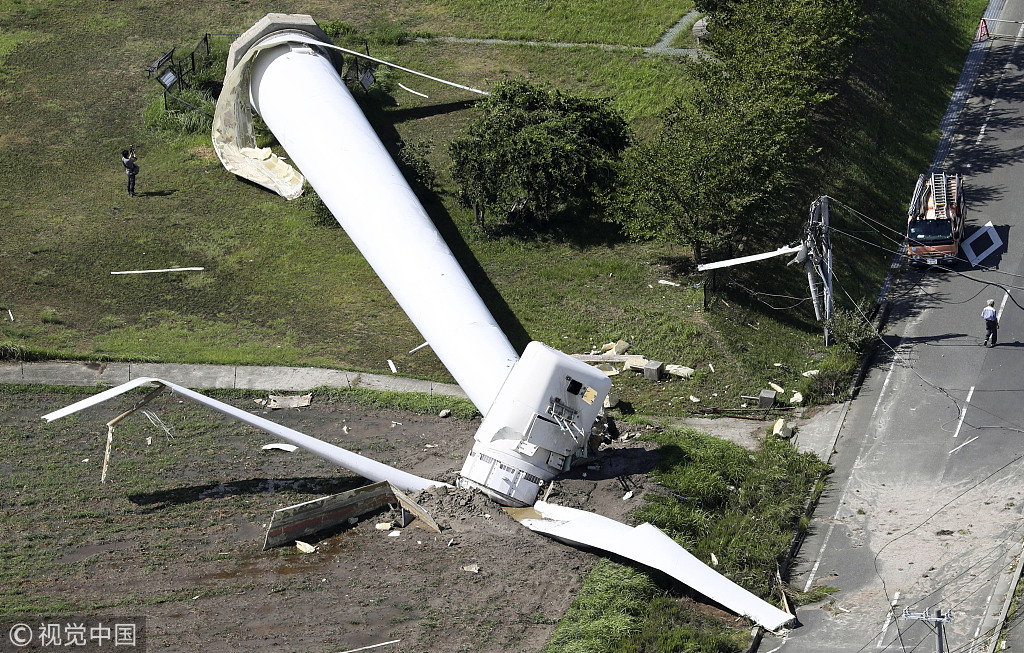 Photo taken from a Kyodo News helicopter on Aug. 24, 2018, shows a wind turbine in Awaji, Hyogo Prefecture, that was knocked down as Typhoon Cimaron passed through western Japan. (Photo: VCG)

A 40-meter-high power-generating wind turbine at a city park in Awaji City in western Japan, with propellers spanning 20-meters each, was knocked down by Cimaron's powerful winds, city officials said.

The weather agency has forecast torrential rain in northern Japan as both Cimaron and Typhoon Soulik, another typhoon currently moving over the Korean Peninsula, are both bearing down on Hokkaido and the northern Tohoku area.
The typhoon is expected to be downgraded to an extratropical cyclone toward Friday night, but in the 24-hour period through Saturday morning, 150 mm of rain is expected in the central Japan region of Tokai and Hokkaido.
The weather agency, therefore, has urged people to remain vigilant for more heavy downpours and landslides even in areas the typhoon has seemingly passed.
"Heavy rain is expected to continue including in areas the typhoon has already passed. I request further vigilance against rising rivers and mudslides," Prime Minister Shinzo Abe was quoted as saying at a meeting of the disaster response headquarters on Friday.