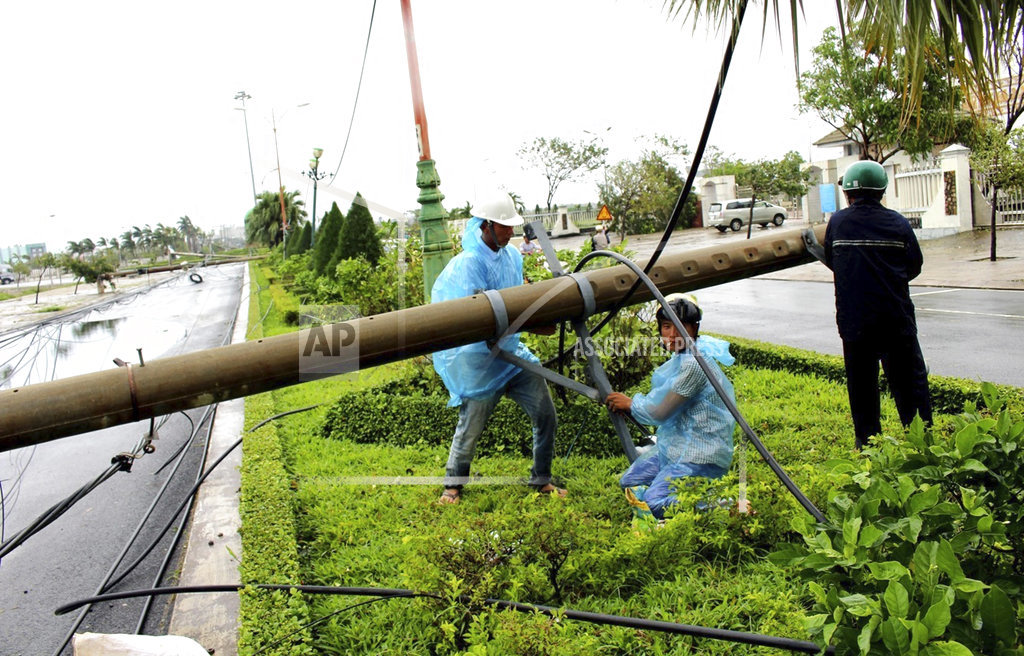 Typhoon Damrey has slammed into Vietnam's south-central coast, killing one person and leaving five others missing.

Disaster officials say the typhoon also blew the roofs off of thousands of houses, and felled trees and electricity poles.

More than 35,000 villagers in high-risk areas were evacuated to safe places before the arrival of the typhoon on Saturday morning, according to the Vietnam Disaster Management Authority. Schoolchildren in several provinces were ordered to stay home to ensure their safety.

It was the second natural disaster to hit the Southeast Asian country in a month. Some 75 people were killed and 28 others were reported missing in several northern and central provinces by flooding triggered by a tropical storm last month.