VIENTIANE, Nov. 2 (Xinhua) -- Laos' weather authorities have warned that the super Typhoon Goni may hit the southeastern Asian country on Tuesday, after moving away from the Philippines. 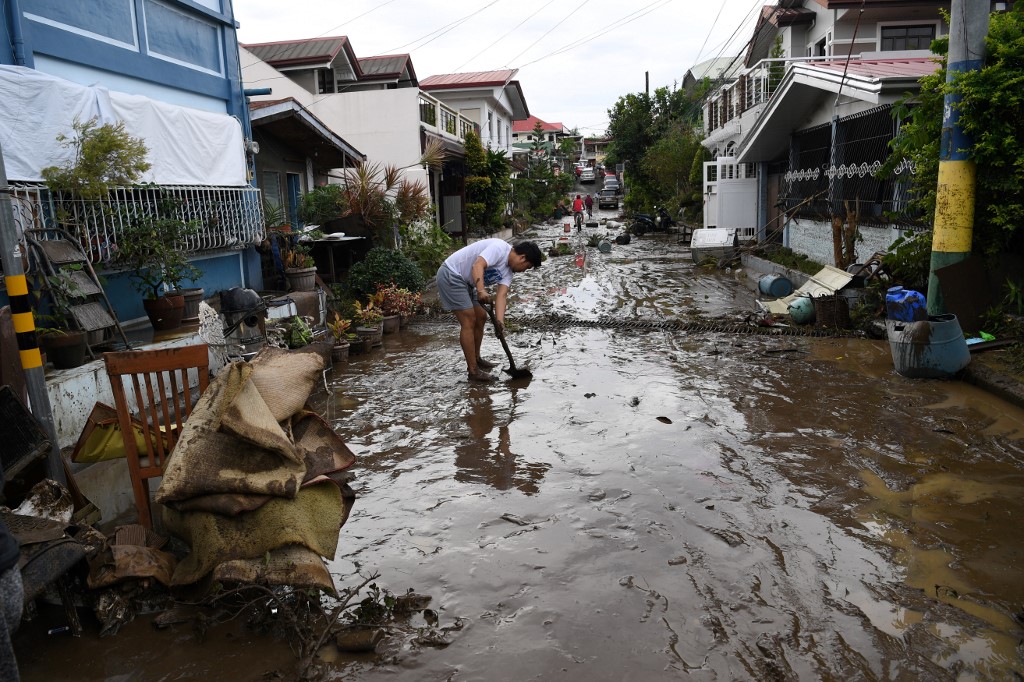 A resident shovels mud from a neighbourhood street following flooding in Batangas City on November 2, 2020, after super Typhoon Goni made landfall in the Philippines on November 1. (Photo: AFP)

According to a report from the Department of Meteorology and Hydrology under Lao Ministry of Natural Resources and Environment, Typhoon Goni is expected to reach Vietnam before hitting Laos between Tuesday and Wednesday.

Typhoon Goni formed over the western area of the Philippines, and it lashed across south of the Philippines' main island of Luzon on Sunday at speeds of up to 225 kilometers per hour near the center, causing about 16 deaths.

Southern Laos was hit by Typhoon Molave on last Wednesday, seeing strong winds and rainfall for many hours, which damaged trees, houses, and the farmland.

Some 51,000 hectares of farmland have been destroyed and damaged by heavy rains and flooding caused by the typhoon Molave in 12 districts of the Savannakhet province, according to the report.