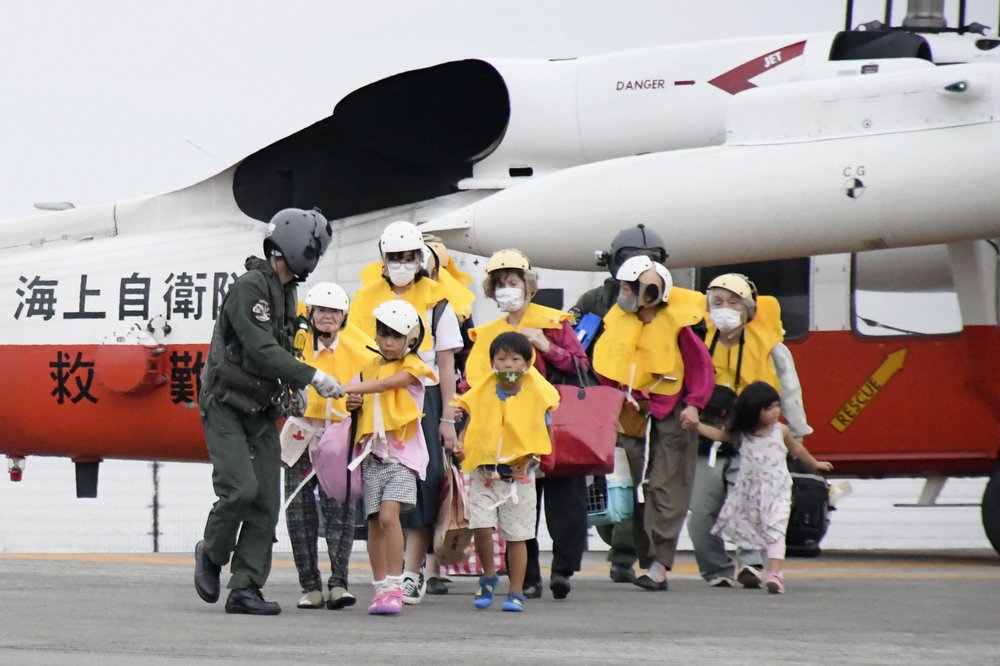 Residents of the islands arrive at a heliport in Kagoshima, southern Japan Friday, Sept. 4, 2020 to take refuge ahead of a powerful typhoon. A powerful typhoon was barreling toward the southern cluster of Japanese Okinawa islands on Saturday, prompting warnings about torrential rainfall and fierce wind gusts. (Photo: AP)

A powerful typhoon, the second in a week, was barreling toward the southern cluster of Japanese Okinawa islands on Saturday, prompting warnings about torrential rainfall and fierce wind gusts.

Weather officials have cautioned about Typhoon Haishen for the last several days, urging people to brace for what could be a record storm and be ready to take shelter and stock up on food and water.

The Japan Meteorological Agency said Haishen, packing sustained winds of up to 198 kilometers (123 miles) per hour early Saturday, was on course to hit Okinawa by Sunday, and later the main southern island of Kyushu.

But the pouring rain, high tides and winds will hit long before the typhoon, the agency said.

Haishen, or “sea god” in Chinese, was moving northward at 15 kmh (9 mph) from out at sea, south of Minami Daito, an island to the south of Japan. The projected course has Haishen hitting the Korean Peninsula on Tuesday.

A cargo ship carrying 43 crew members and 5,800 cows from New Zealand capsized off the coast of Japan. Two people were rescued on Friday and was one body was recovered. Rescuers also spotted dozens of cow carcasses floating in the area.