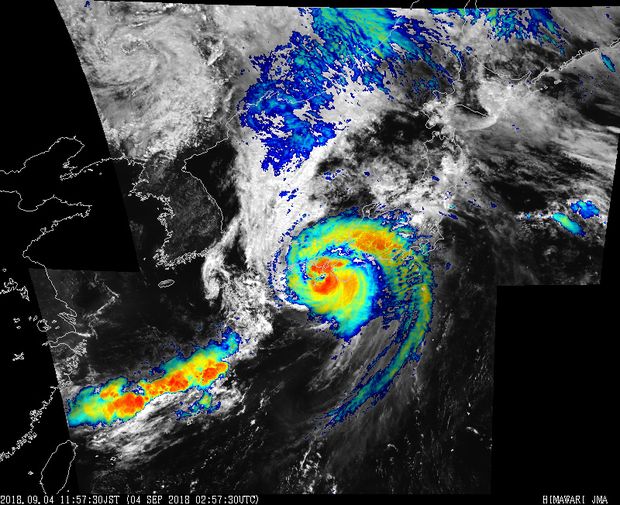 The powerful typhoon has heavily disrupted transportation services, causing flights and rail services to be canceled, as well as some commercial facilities' operations.

Typhoon Jebi was packing winds of up to 216 kms per hour with an atmospheric pressure of 950 hectopascals at its center as of 11 a.m. local time, the Japan Meteorological Agency (JMA) said.

The agency on Tuesday has warned of torrential rain and powerful gusts of wind across both eastern and western Japan and has urged the public to be vigilant for high waves, potential floods and landslides.

The agency said the typhoon is likely to pass over the Sea of Japan and move on a northward trajectory.

By Wednesday it should be downgraded to an extra-tropical cyclone, the JMA said.

At an emergency press briefing on Monday, an official from the Japan Meteorological Agency (JMA) was quoted as saying that the typhoon has been categorized as "very strong" by the agency and based on the strength of its top winds, it would be the strongest typhoon to make landfall in Japan since 1993.