Typhoon kills 3 in South Korea before moving to North Korea 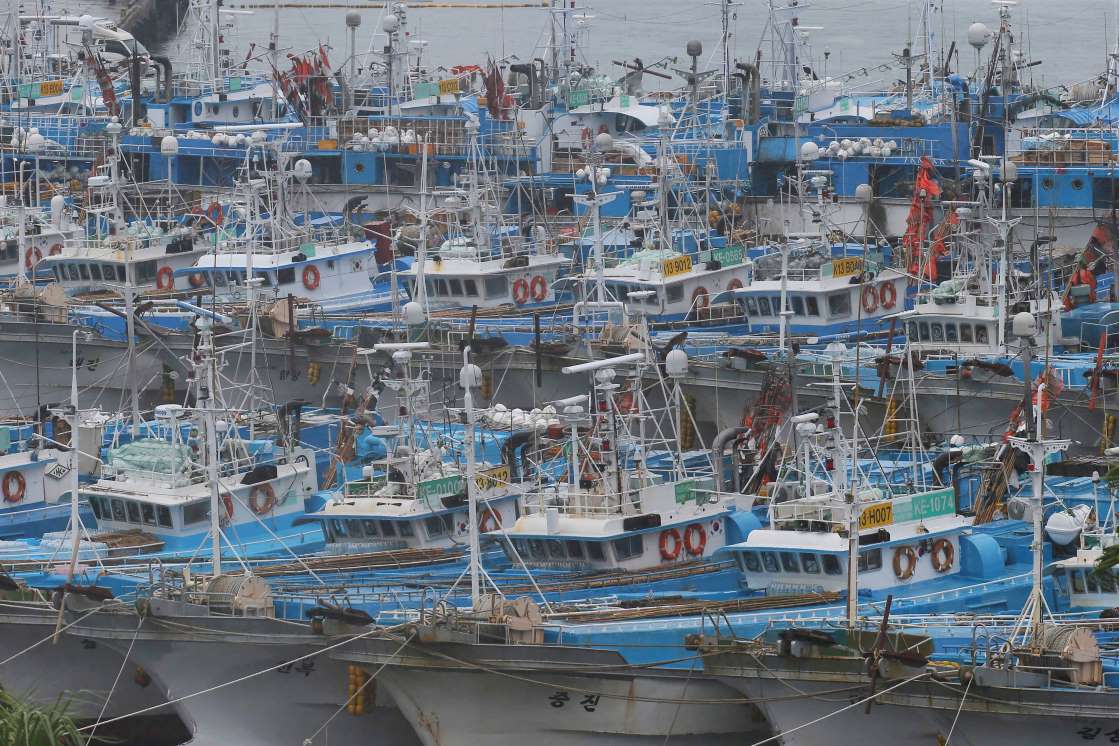 A 75-year-old woman in the central town of Boryeong was killed after strong winds from Typhoon Lingling blew her off her feet and crashed her into a wall 30 meters (yards) away, South Korea's Ministry of the Interior and Safety said. A 39-year-old was killed in the western city of Incheon after being crushed by a collapsed wall at a hospital parking lot. A 61-year-old Chinese national died in the border town of Paju after being hit by a blown-off roof tile.

South Korea's government said at least 10 people were being treated for injuries, including an elderly couple from Boryeong who were injured after steel scaffolding collapsed over their home.

The storm knocked out power to more than 127,000 homes across the country, including on the southern island of Jeju, which was lashed by the typhoon overnight, South Korea's Ministry of the Interior and Safety said.

After hitting Jeju, the storm remained offshore as it moved up South Korea's west coast on Saturday morning before making landfall in North Korea in the afternoon.

Residents in the North Korean capital of Pyongyang were seen using umbrellas to shield themselves from wind and rain while struggling to walk through wet streets.

In South Korea, the storm toppled hundreds of trees and streetlamps, blew signboards off buildings and damaged traffic signs across the mainland and Jeju. More than 200 flights were grounded at airports nationwide, while 38 people were forced to evacuate from their flooded homes in Gwangju, a city near Seoul.

Traffic to Incheon International Airport, one of Asia's largest transport hubs, was disrupted by the closure of its gateway bridge and a power failure at a commuter rail network that links the airport with Seoul.

Ten cars were damaged in the southern town of Namwon when a roof plate blew off an apartment building and crashed into a parking lot. A similar incident in the eastern city of Wonju left five vehicles destroyed. A large spire was knocked off a church in a commercial district in Seoul.

National parks were closed as were southern ports on the mainland and major cross-sea bridges.

The storm could possibly inflict more serious damage as it passes through North Korea, an impoverished nation that for decades has struggled to deal with natural disasters. There were no immediate reports from North Korea of damage or injuries from the storm.

DPRK's official Korean Central News Agency, or KCNA, said leader Kim Jong-un "urgently convened" an emergency meeting on Friday to discuss disaster prevention efforts and scolded government officials who he described as "helpless against the typhoon, unaware of its seriousness and seized with easygoing sentiment."

Kim called for military to drive national efforts to minimize damage from the typhoon, which he said would be an "enormous struggle" that would require the entire country to step up, the report said.