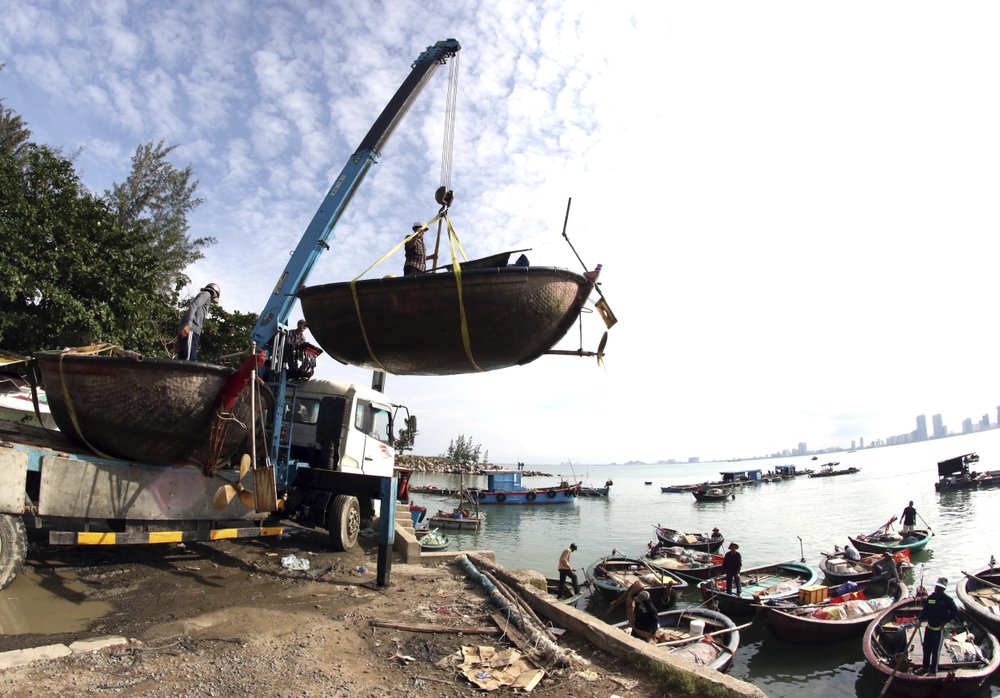 People move fishing boats to save place ahead of Typhoon Molave in Danang, Vietnam on Monday, Oct. 26, 2020. (File photo: AP)

The natural disasters destroyed 2,642 houses, damaged 92,356 and inundated 2,415, and as many as 576 communes suffered from power outage, said the committee.

More than 100 electricity poles and nearly 8,800 trees were knocked down. Roughly 5,500 hectares of rice and other crops, some national highways and local roads were also damaged.

As many as 6,260 military personnel have been mobilized for the search and rescue work and to help local people cope with Molave, which is among the strongest typhoons that hit Vietnam in the past 20 years.