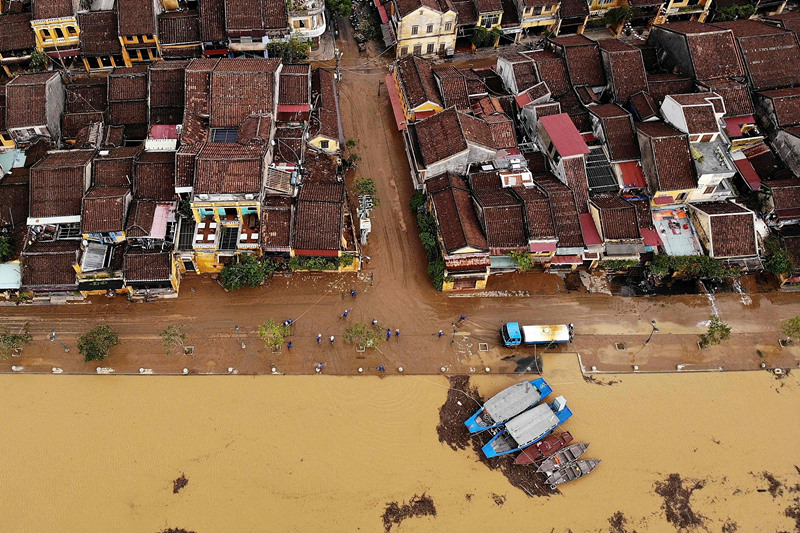 The fatalities, up from 23 in Friday's report, were recorded in the provinces of Quang Nam, Nghe An, Dak Lak and Gia Lai, while the missing and injured were mainly reported in Quang Nam and Binh Dinh provinces, according to the committee.

The natural disasters damaged 63 bridges along with some national highways and local roads, said the committee.

As many as 10,420 military officers and soldiers have been mobilized for the search and rescue work and to help locals cope with the now weakened Molave, which is among the strongest typhoons that hit Vietnam in the past 20 years.