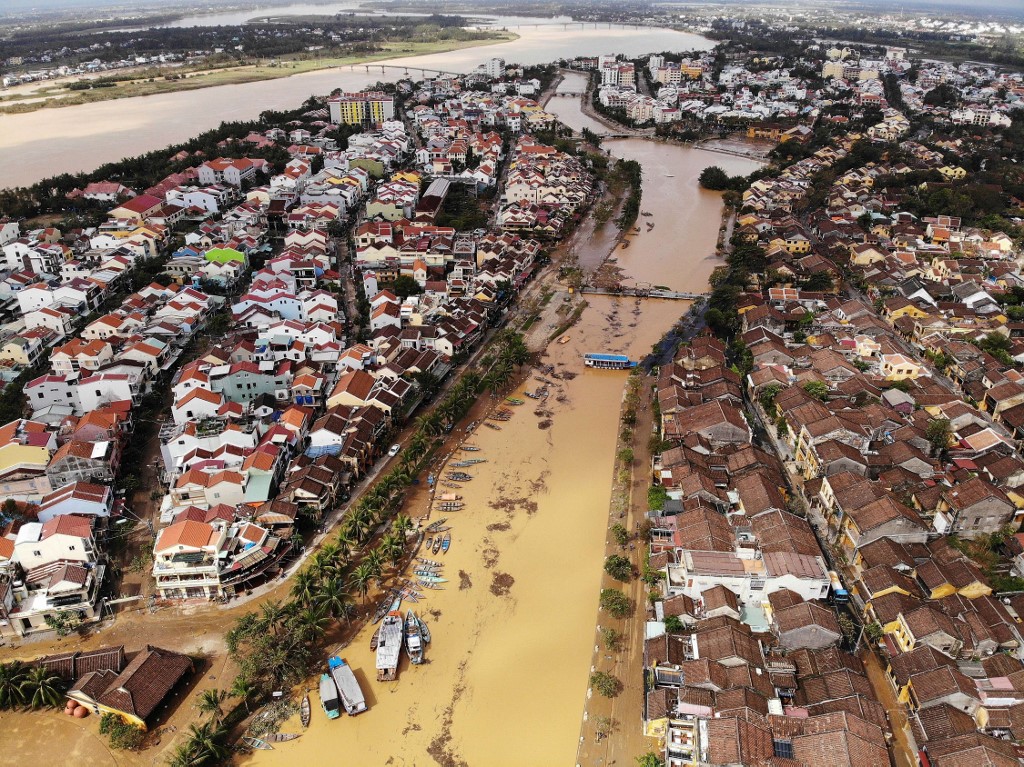 This aerial photograph shows the old city of Hoi An, a UNESCO world heritage site, on October 30, 2020, in the aftermath of Typhoon Molave. (Photo: AFP)

The authorities mobilized more than 7,200 people along with 103 vehicles to conduct search and rescue work as well as help local residents recover from the aftermath of the typhoon.

As of Monday, 52 communes in Quang Nam and Quang Ngai provinces still suffered from power outage.

Meanwhile, Goni, the 10th typhoon to hit Vietnam this year, was forecasted to make landfall soon in the central region, which was hit by a number of devastating typhoons and floods in October, Vietnam News Agency cited the country's National Center for Hydro-Meteorological Forecasting as reporting on Tuesday.