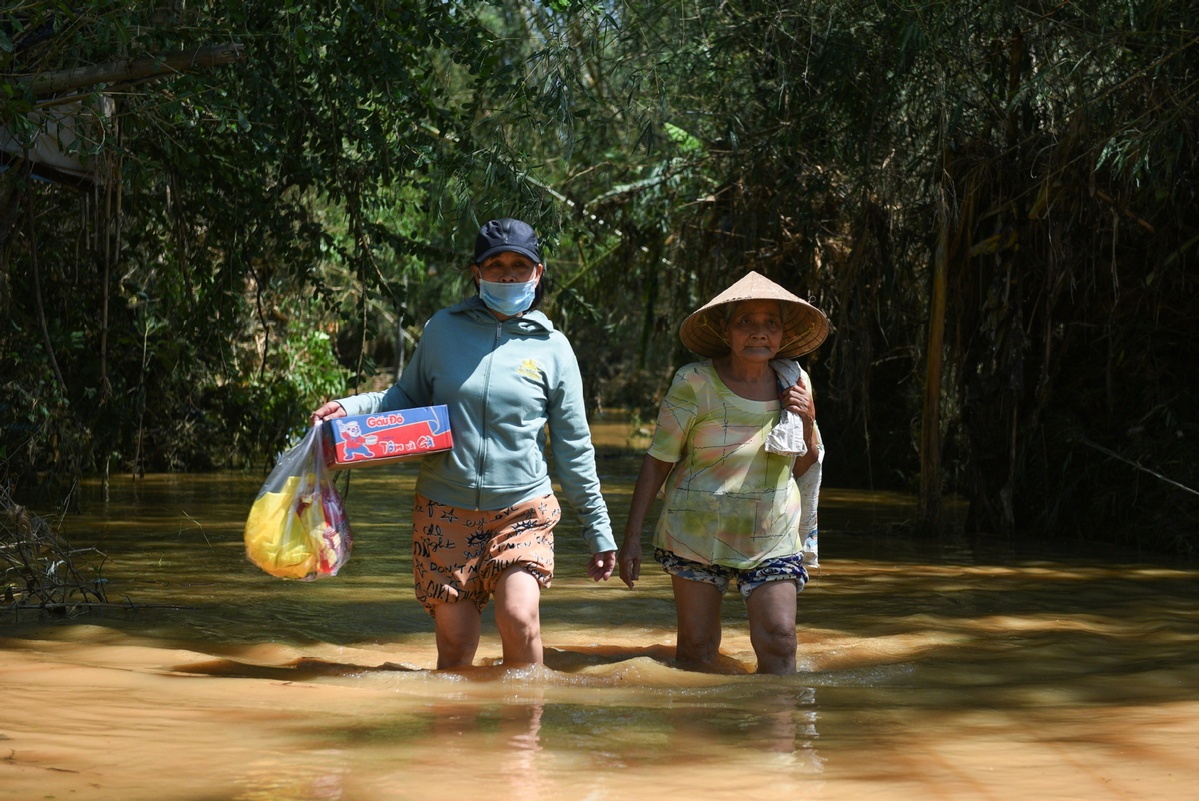 Women walk in a flooded road after their village was isolated by the Dakdrinh Hydropower discharge in the Typhoon Molave aftermath, in Tinh An village, Quang Ngai province, Vietnam, October 29, 2020. (Photo: Agencies)

The fatalities, up from 36 reported on Tuesday, were recorded in Quang Nam, Nghe An, Dak Lak and Gia Lai provinces, while the missing were reported mostly in Quang Nam and Binh Dinh provinces, according to the committee.

In the first 10 months of this year, natural disasters, mainly landslides, floods and hailstones, left 335 people dead or missing and caused economic losses of over 21 trillion Vietnamese dong ($913 million) in Vietnam, according to data from the committee.