HAIKOU -- Typhoon Molave strengthened into a super typhoon on Tuesday morning, packing winds around 45 meters per second at its center, according to the weather bureau of the island province of Hainan in South China. 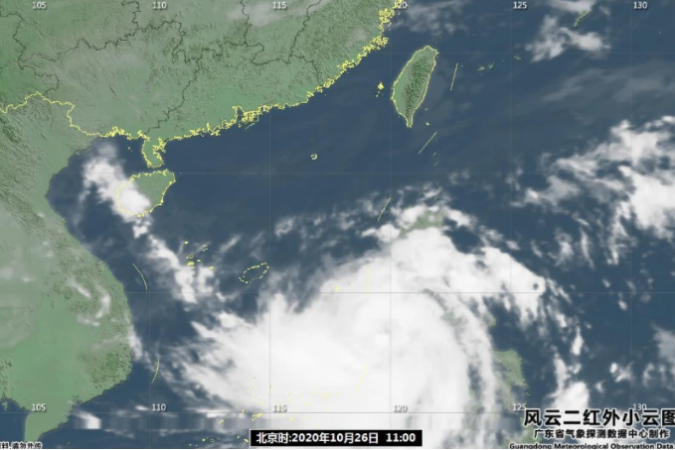 The typhoon, the 18th of this year, wreaked havoc in the Philippines before reaching the southeastern part of the South China Sea, some 500 km away from Yongxing Island, one of the Xisha Islands, at 5 am Tuesday.

Driven by the super typhoon, heavy rainstorms are expected across Hainan on Tuesday and Wednesday.

Strong winds and rain brought by Molave have left three people dead and 13 others missing in the Philippines, the country's National Disaster Risk Reduction and Management Council said Tuesday.