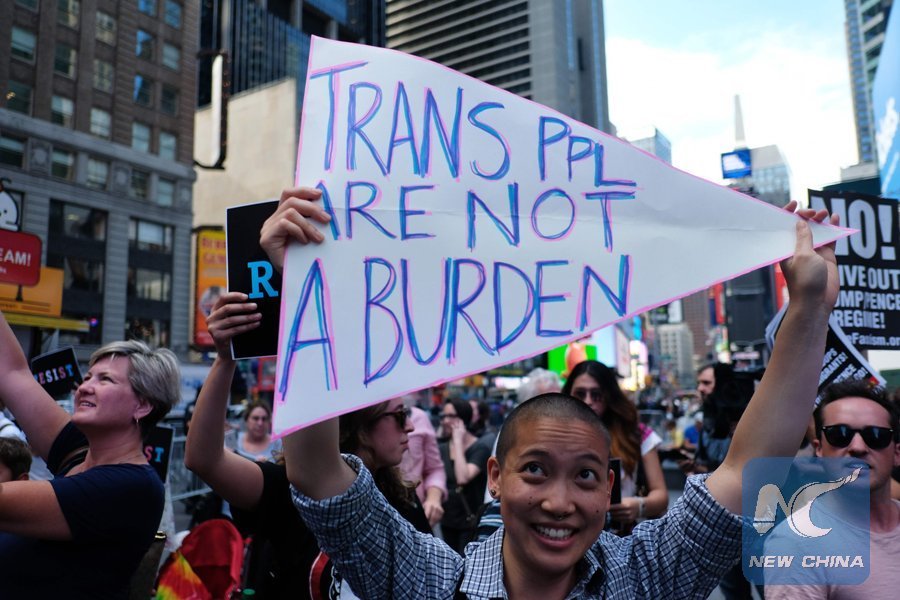 A federal judge on October 30 blocked the transgender military ban proposed by the U.S. government, saying the policy was not backed by facts.

U.S. district judge Colleen Kollar-Kotelly in Washington D.C. said in the ruling that "there is absolutely no support for the claim that the ongoing service of transgender people would have any negative effect on the military at all."

The ruling targeted a recent policy by the U.S. government that transgender people would not be eligible to enter the military starting March next year, on the grounds that transgender soldiers are "costly" and would cause "disruption."

The ban was cheered by conservatives but enraged liberals as well as the lesbian, gay, bisexual and transgender (LGBT) community, who said the discriminative policy was unconstitutional.

Carl Tobias, a law professor at the University of Richmond, said the Trump administration is likely to take the case up to the Supreme Court, where it hopes the conservative majority bench will reverse the ruling, as in the case of the travel ban.