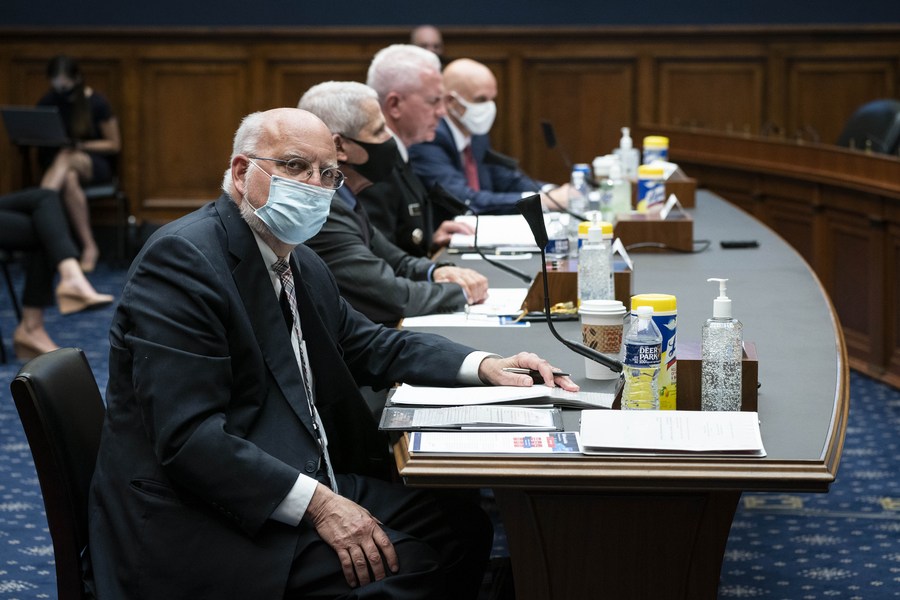 Robert Redfield (1st L), director of the U.S. Centers for Disease Control and Prevention, prepares to testify before the House Energy and Commerce Committee on Oversight of the Trump Administration's Response to the COVID-19 Pandemic in Washington, D.C., the United States, on June 23, 2020. (File photo: Xinhua)

"Trying to fight this pandemic while subverting scientific expertise is like fighting blindfolded."

BEIJING, July 16. It is "unconscionable and dangerous" for U.S. politicians to undermine the Centers for Disease Control and Prevention (CDC) in the fight against COVID-19, former CDC directors wrote in an article published recently by The Washington Post.

"Through last week, and into Monday, the administration continued to cast public doubt on the agency's recommendations and role in informing and guiding the nation's pandemic response," read the article on Tuesday co-written by Tom Frieden, Jeffrey Koplan, David Satcher and Richard Besser.

Noting that the CDC has gathered the advice of thousands of experienced health experts which is critical for the United States to win the anti-pandemic fight, the former CDC directors wrote "their sound science is being challenged with partisan potshots, sowing confusion and mistrust," taking the CDC guidelines for reopening schools as an example.

The guidelines, "designed to protect children, teachers, school staffers and their families," were dubbed "an impediment to reopening schools quickly" by some politicians, they wrote, adding such attempts to overthrow the guidelines will only create chaos and endanger lives. 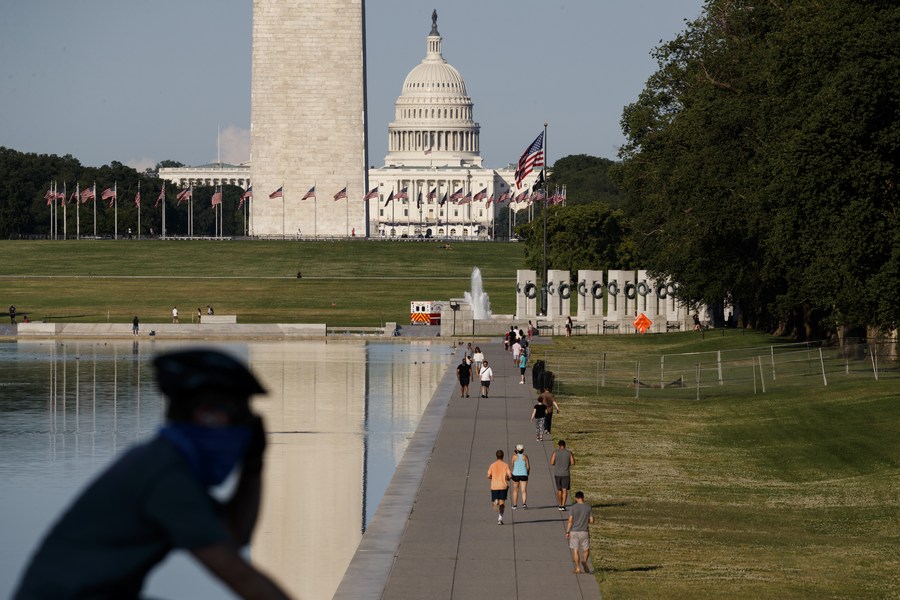 "The only valid reason to change released guidelines is new information and new science -- not politics," they said.

"The four of us led the CDC over a period of more than 15 years ... We cannot recall over our collective tenure a single time when political pressure led to a change in the interpretation of scientific evidence," they wrote.

The former directors noted that the politicians' anti-CDC efforts have already "fueled a backlash against public health officials across the country," and impelled many Americans to overlook the CDC guidelines, which is the reason behind the surging infections and deaths in the United States.

"The United States is home to a quarter of the world's reported coronavirus infections and deaths, despite being home to only 4.4 percent of the global population," they wrote.

"Sadly, we are not even close to having the virus under control. Quite the opposite, in fact," they wrote.

To contain the spread of the virus as soon as possible, they called on U.S. politicians to give back the CDC's "proper role" in the anti-epidemic fight, and urged the public to adhere to the CDC guidelines, wearing masks and maintaining social distancing measures.

"Trying to fight this pandemic while subverting scientific expertise is like fighting blindfolded," they wrote.