DUBAI, Sept. 5 (Xinhua) -- The United Arab Emirates (UAE) international carrier Emirates Airlines issued an apology to its passengers for the inconvenience as dozens of passengers fell sick on flight EK203 from Dubai to New York on Wednesday. 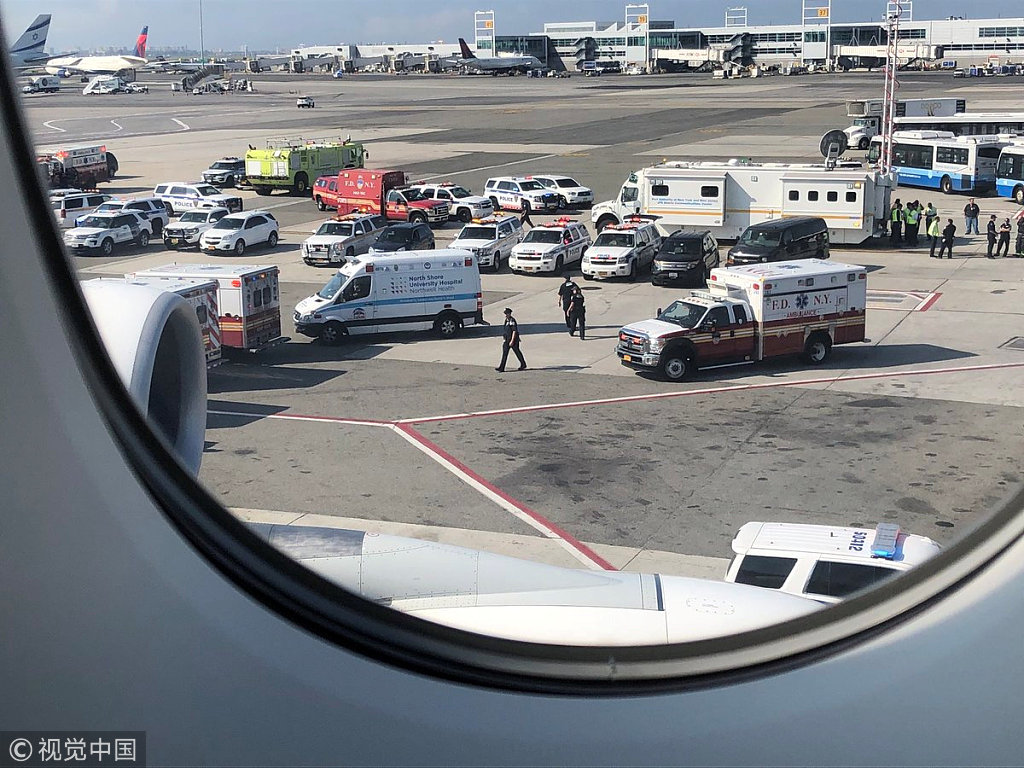 The emergency services are seen, after the passengers were taken ill on a flight from New York to Dubai, on JFK Airport, New York, U.S., September 05, 2018. (Photo: VCG)

According to the Dubai government-controlled carrier, the cause of the illness remained unclear yet. It said that "the safety and care of customers are our first priority."

The UAE daily The National quoted passenger Erin Sykes saying "the ill passengers were coughing and were sick to their stomachs."

"Emirates can confirm that all passengers have disembarked from flight EK203 and were screened by local health authorities prior to disembarkation. Three passengers and seven crew members were transferred to the hospital for further medical care and evaluation," Emirates tweeted.

The carrier added that "all other passengers were allowed to leave. Our crew and on-ground staff extended full cooperation with the authorities. The aircraft is now handed back to Emirates." 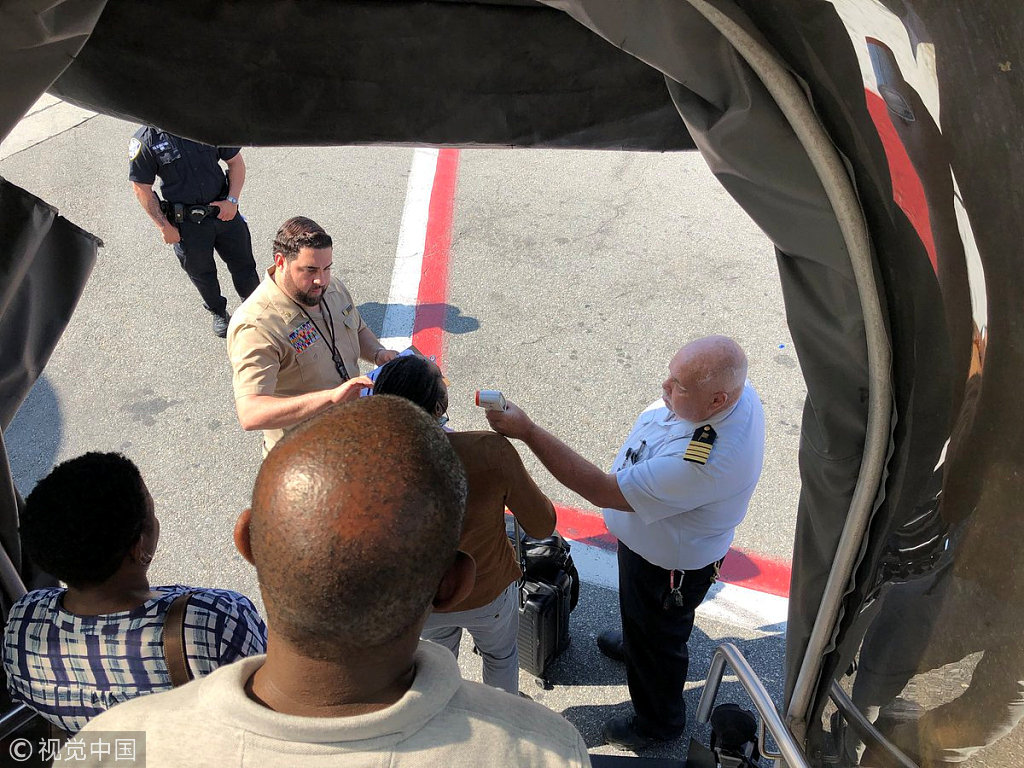 Passengers leave the plane being assisted by the air cabin crew and the emergency services on a flight from New York to Dubai, on JFK Airport, New York, U.S., September 05, 2018. (Photo: VCG)

The airline said further that "due to the delay with EK203, the return flight EK204 from New York JFK Airport to Dubai will be delayed by approximate 3 hours. Passengers with connecting flights in Dubai who are impacted by the delay will be assisted with rebookings by our local ground staff."

The flight duration from the Gulf Arab emirate of Dubai to New York is approximately 14 hours.