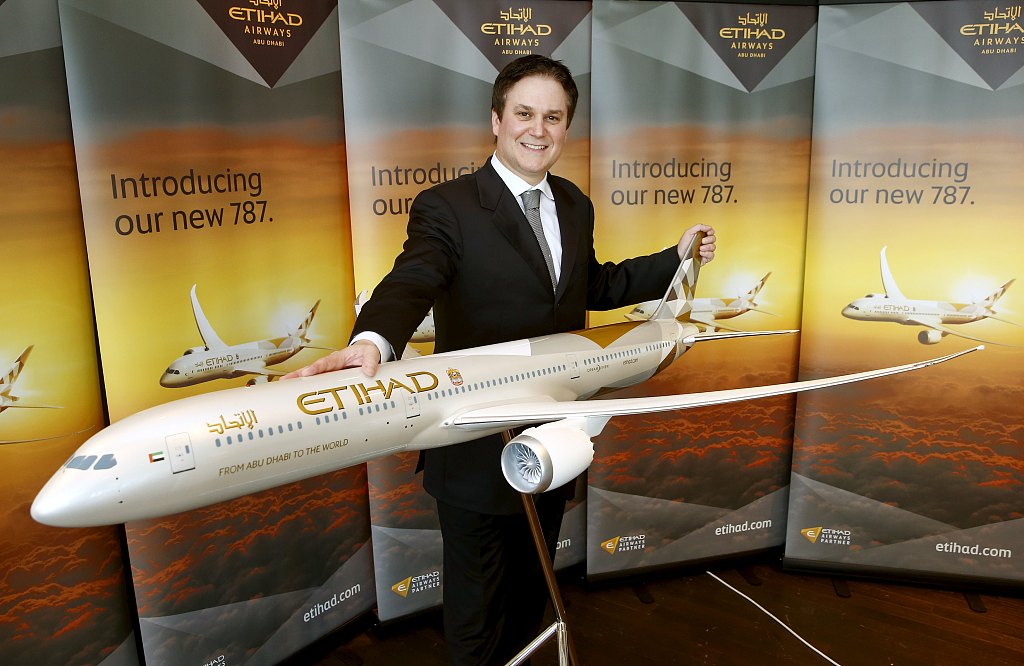 The statement said that since July 1, Boeing 787-9 Dreamliner will replace the current Airbus A330-200 to operate the route to Chengdu.

On the same day, the airline's daily service from Abu Dhabi to Shanghai, China's main financial hub, will be upgraded from the 787-9 to the larger 787-10 Dreamliner, the statement added.

The 787-9 service to Chengdu was configured with 299 seats with four tonnes of belly-hold cargo capacity.

The 787-10 service to Shanghai will be configured with 336 seats with two and a half tonnes of belly-hold cargo capacity.

"We are delighted to include Chengdu to our growing list of Dreamliner destinations. The move marks a milestone for Etihad as all our Chinese gateways will now be served by these technologically advanced aircraft," said Robin Kamark, chief commercial officer of Etihad Aviation Group.

"China is an incredibly important market for Etihad and we have significantly grown our presence there since launching services to Beijing in 2008," Kamark added.

The airline has witnessed significant yearly growth in passenger numbers on its services to and from China, which was further boosted by the mutual visa exemption between the UAE and China implemented in January 2018.