UEFA still in talks about foreign fans for Euro 2020 final

UEFA is in talks with the British government about allowing foreign soccer fans to fly into London for games in the latter stages of the European Championship to avoid moving them from Wembley Stadium. 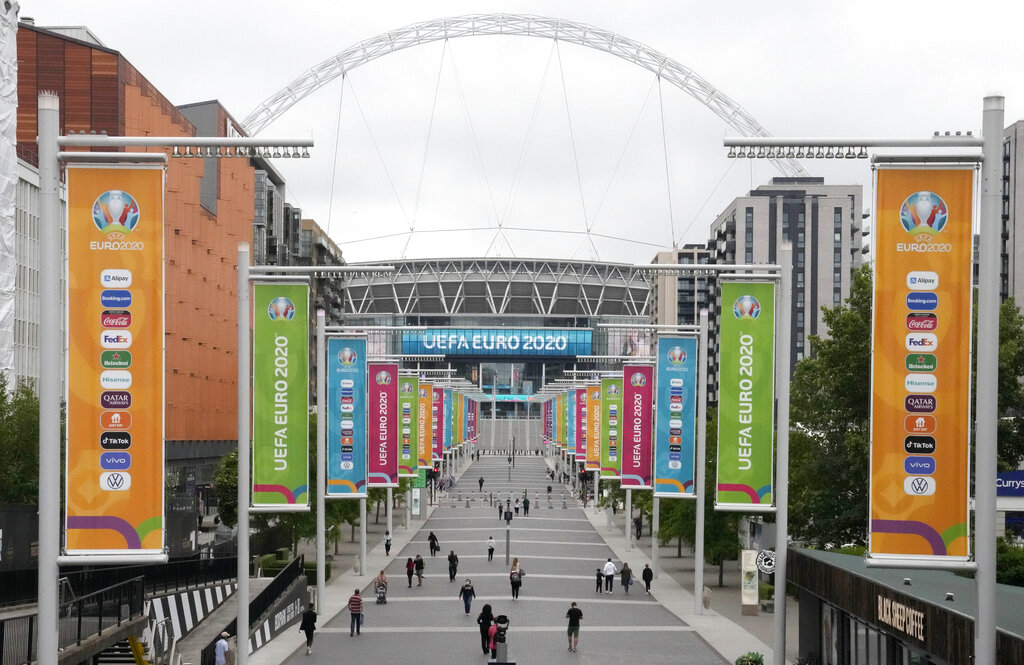 The competition's organizers have a contingency plan which involves taking the semifinals and final to Budapest if an agreement cannot be reached with authorities in London about exempting fans from quarantine.

The Euro 2020 semifinals and final are scheduled to be played at Wembley Stadium from June 6-11.

Because of a rise in coronavirus cases, plans to lift more coronavirus restrictions in England this month were paused until July 19. But UEFA did still secure a rise in attendance from about 22,000 to at least 40,000 for one round of 16 game, the semifinals and the final at Wembley.

“UEFA is delighted that the capacity at Wembley will go up to at least 50% for the knockout round matches," European soccer's governing body said in a statement.

“At the moment, we are in discussions with the local authorities to try to allow fans of the participating teams to attend the matches, using a strict testing and bubble concept that would mean their stay in the U.K. would be less than 24 hours and their movements would be restricted to approved transport and venues only.”

UEFA has already requested that some broadcasters and representatives of sponsors are allowed to attend the games, abiding by restrictions on movement.

Tourists from all participating countries have to quarantine for at least five days when entering Britain at the moment.

“We understand the pressures that the government face and hope to be able to reach a satisfactory conclusion of our discussions on the matter,” UEFA said. “There is always a contingency plan but we are confident that the final week will be held in London.”