Researchers in Uganda are launching the largest-ever trial of an experimental Ebola vaccine that is expected to be deployed in neighboring Congo, where a deadly outbreak has killed over 1,800 people. 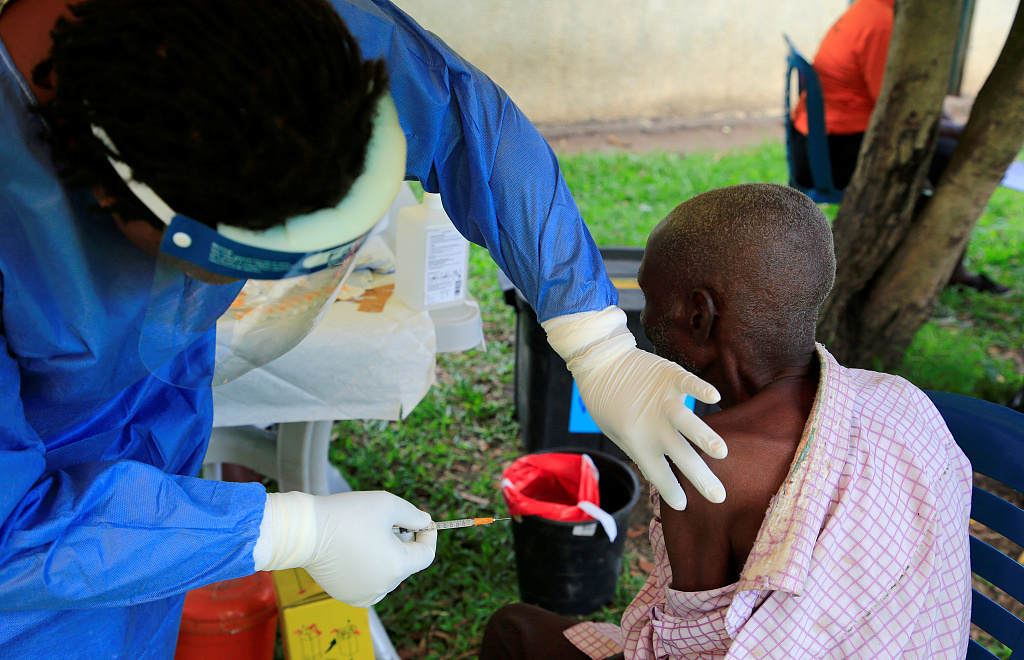 A Ugandan health worker administers ebola vaccine to a man in Kirembo village, near the border with the Democratic Republic of Congo in Kasese district, Uganda June 16, 2019. (File photo: VCG)

The trial of the Janssen Pharmaceuticals vaccine involves up to 800 people and is supported by Doctors without Borders and the London School of Hygiene and Tropical Medicine.

Pontiano Kaleebu, a Ugandan researcher who leads the trial, said Friday that he regrets that the Janssen vaccine has not yet been deployed in Congo. The health minister there who stepped down last month had argued against its deployment, saying a second vaccine could create confusion on the ground.

Already more than 180,000 people in Congo’s yearlong outbreak have received an experimental but effective Merck vaccine, but health experts worry about the availability of doses as the virus now spreads in a major city, Goma, along the Rwanda border. The wife and 1-year-old daughter of the man who died this week of Ebola in Goma now have the disease.

The Janssen vaccine has already been tested in about 6,000 people, most of them Africans, Kaleebu said. “We are excited about this (trial) ... because this is one of the promising vaccines,” he said. “It’s one of those vaccines that have shown a lot of promise in animal studies but also in other trials that have been conducted.”

Ugandan researchers said the new trial is expected to last two years and will test how long any protection from Ebola would last. Juliet Mwanga, a co-investigator on the trial, said there is the need “to study many vaccines” in light of Congo’s epidemic.

Health experts have watched with dismay as the promise of the Merck vaccine in this outbreak has been largely overshadowed by severe challenges to virus containment efforts including rebel attacks and community resistance in a part of Congo that had never experienced Ebola before.

Uganda has had multiple Ebola outbreaks in the past. While it is currently free of the virus, three people who crossed on an unguarded footpath into the country in June died before their family members were taken back to Congo for treatment.

The Ebola virus can spread quickly and be fatal in up to 90% of cases. Symptoms include fever, vomiting, diarrhea, muscle pain and at times internal and external bleeding. The virus is most often spread by close contact with bodily fluids of people exhibiting symptoms and with contaminated objects such as sheets. Health care workers are often at risk.