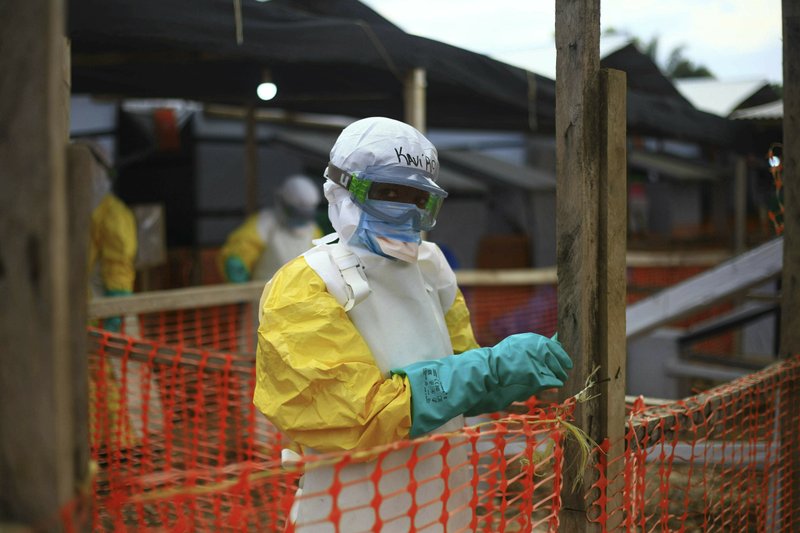 A child in Uganda has tested positive for Ebola in the first cross-border case of the deadly virus since an outbreak started in neighboring Congo last year, Uganda’s health ministry said late Tuesday, in a blow to efforts by health workers who for months sought to prevent contamination across the heavily traveled frontier.

The 5-year-old Congolese boy has been isolated with family members at a hospital in a western district near the Congo border, Ugandan Health Minister Jane Aceng told reporters. Two family members were being tested for Ebola after developing symptoms, with results expected on Wednesday.

The announcement puts new pressure on the World Health Organization to declare the Ebola outbreak — the second-deadliest in history — a global health emergency. The outbreak is unfolding amid unprecedented challenges of rebel attacks and community resistance in a region that had never experienced Ebola before.

In April a WHO expert committee decided that the outbreak, while of “deep concern,” was not yet a global health emergency . But international spread is one of the major criteria the United Nations agency considers before such a declaration.

It was not immediately clear when the boy entered Uganda. A WHO statement said he entered on Sunday with his family through the Bwera border post. He sought treatment at Kagando hospital and was transferred to Bwera Ebola treatment unit, WHO said.

Confirmation of Ebola was made on Tuesday by the Uganda Virus Institute. “The ministry of health and WHO have dispatched a rapid response team to Kasese to identify other people who may be at risk,” WHO said.

Congo’s health ministry in a separate statement said the boy, from Mabalako, arrived on Monday at Congo’s Kasindi border post. There, a dozen family members appeared to have symptoms and were transferred to an isolation center at the local hospital for observation.

Six family members then broke away while being transferred to an Ebola treatment center in Beni and crossed into Uganda while Congolese border officials alerted their Ugandan colleagues, Congo’s health ministry said. Uganda officials found the family members at the Kagando hospital, where the boy’s Ebola case was confirmed.

Officials from the two countries will meet on Wednesday about the possibility of sending the family back to Beni in Congo for treatment, the health ministry said.

It was not immediately clear how the family members were able to cross the border, where millions have travelers have been screened for Ebola since the outbreak began. WHO has advised against travel restrictions.

There have been more than 2,000 confirmed and probable cases of the Ebola virus in Congo since August, with nearly 1,400 deaths. The disease is spread mainly through contact with the bodily fluids of those infected.

For the first time an experimental but effective Ebola vaccineis being widely used, with more than 130,000 doses distributed. Uganda has vaccinated nearly 4,700 health workers, WHO said.

The East African nation has had multiple outbreaks of Ebola and other hemorrhagic fevers since 2000.

“The spread of Ebola across the international border is a clear signal that the international community must reset and redouble its efforts” in fighting the disease, the International Rescue Committee said in a statement calling itself “extremely alarmed.”