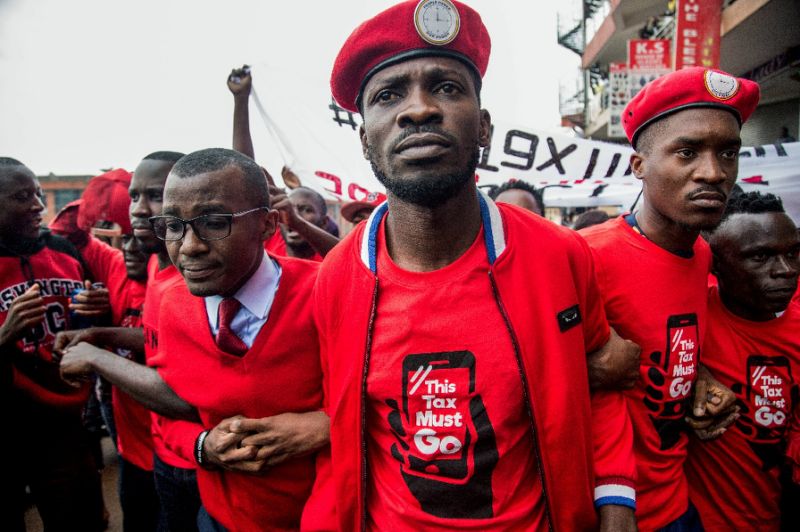 A man wearing a shirt reading "This tax must go" protests against a controversial social media tax at a demonstration in Kampala last week (Photo: AFP )

Uganda's Information Minister Frank Tumwebaze defied critics of a controversial tax on social media on Tuesday and insisted the compulsory $0.05 daily levy to use sites like Twitter and Facebook would continue.

Prime Minister Ruhakana Rugunda last week said that the government would review the tax after angry protests, however Tumwebaze announced the cabinet had decided the levy would "continue".

Since the start of July, access to social media networks, as well as dating sites Tinder and Grindr, has been blocked unless users pay a 200 shilling ($0.05, 0.04 euro) daily tax.

In its current form, mobile internet users are required to input a code on their phones to pay the charge before they are able to access the sites.

However, implementation has proved patchy and some blocked services are still available.

Tumwebaze said in a media briefing in the capital Kampala that "further improvements to the payment options will be discussed with the telecom companies" to resolve problems faced by some users.

And to ease the burden on cash-strapped web users, the government has proposed slashing a tax on financial transactions executed on mobile devices from one percent to 0.5 percent, Tumwebaze added.

Parliament will vote on the proposals on Thursday, he said.

President Yoweri Museveni previously justified the charge saying many Ugandans did not pay enough tax and should not "donate money to foreign companies through chatting or even lying" on social media.

Some users have turned to virtual private networks (VPNs) to disguise their location and avoid the levy, a trick learned during elections two years ago when the government attempted to block access to social media.