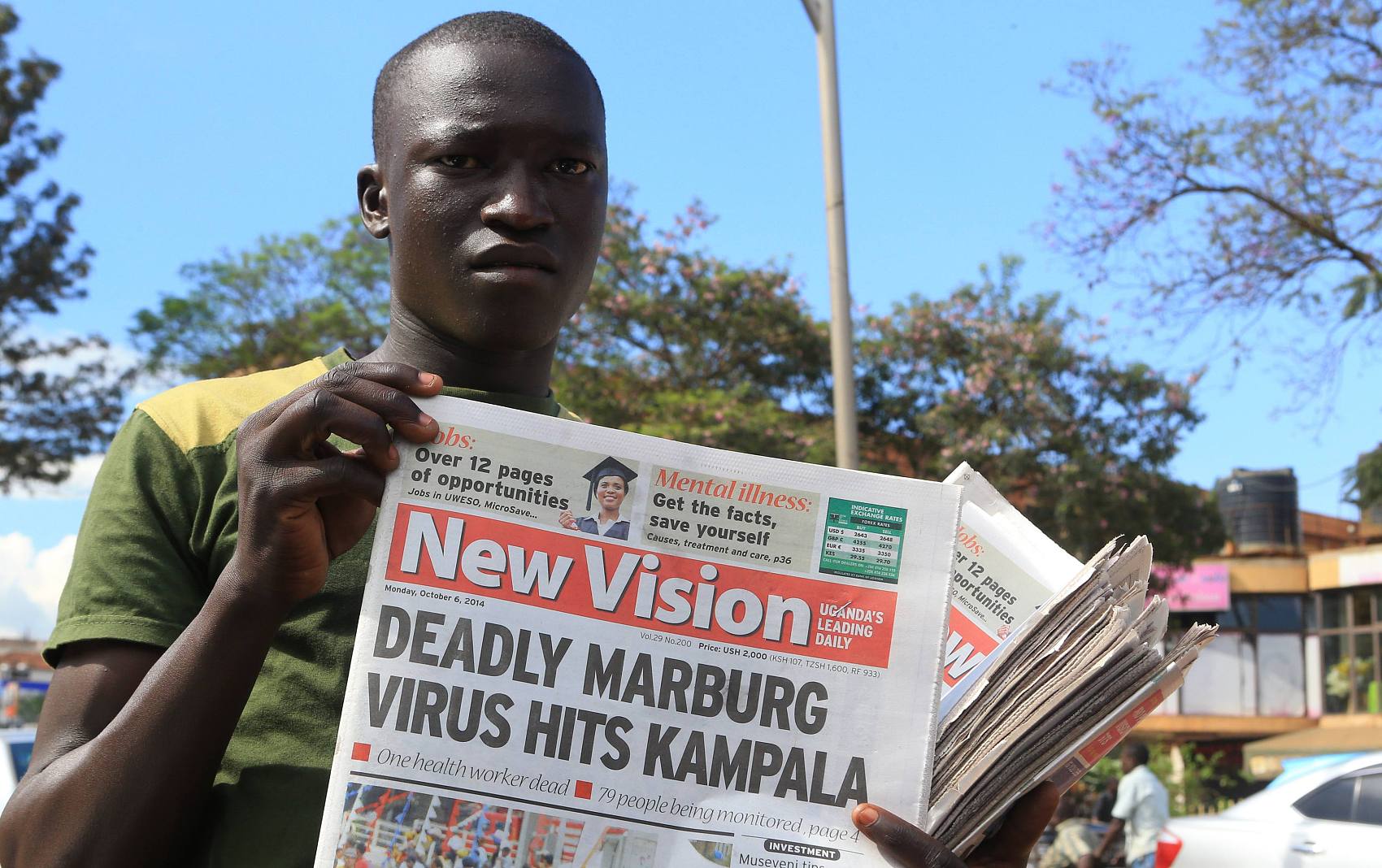 Uganda's ministry of health on Sunday said it is following up 55 people suspected to have had contact with the Marburg cases.

Jane Aceng, minister of health, told reporters that the number of Marburg cases remains three, with one confirmed case, one suspected and one probable case of the viral disease in the eastern district of Keen.

She assured the public that the country has the capacity to effectively handle the Marburg outbreak.

"The ministry of health therefore calls upon the population to remain calm but be on alert amidst this epidemic," she said.

Uganda on Oct. 19 confirmed the outbreak of the deadly Marburg hemorrhagic fever.

The last Marburg outbreak in Uganda was reported in central and western parts of the East African country in 2014.

Marburg is a severe and highly fatal disease caused by a virus from the same family as the one that causes Ebola hemorrhagic fever, according to the World Health Organization.

According to the global health body, the illness caused by Marburg virus begins abruptly with severe headache and malaise.

Case fatality rates have varied greatly, from 25 percent in the initial laboratory-associated outbreak in 1967, to more than 80 percent in the Democratic Republic of the Congo from 1998-2000, to even higher in the outbreak that began in Angola in late 2004.