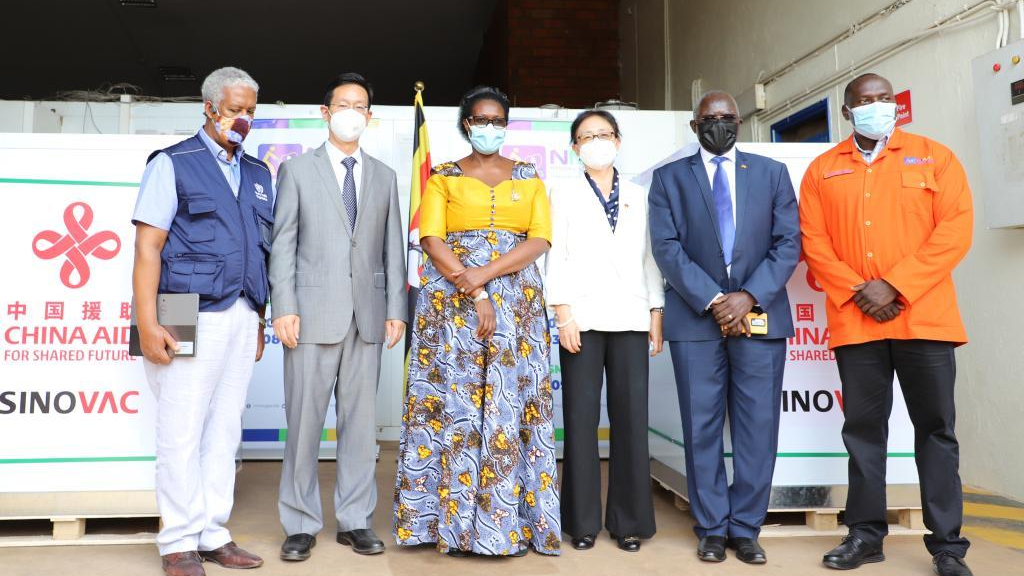 Uganda on Tuesday received a second batch of Sinovac COVID-19 vaccines donated by the Chinese government.

Margaret Muhanga, the minister of state for primary health care, received the vaccines at the National Medical Stores in Entebbe, 40 km south of the capital Kampala.

She hailed the donation as her country is scaling up its vaccination campaign to save lives and open up the economy.

"It is really an exciting day for us because we are receiving more doses of Sinovac, which will help us vaccinate a bigger population, so that we can open our economy fully," the minister said.

Zhang Lizhong, Chinese ambassador to Uganda, said the donation came at a time when the two countries marked the 59th anniversary of the establishment of diplomatic ties between them and is part of China's commitment to build a global community of health for all.

In addition to donating 100 million U.S. dollars to the global COVID-19 vaccine program COVAX, China has pledged to donate 100 million additional vaccine doses to other developing countries this year.

Yonas Tegegn Woldemariam, the World Health Organization (WHO) country representative to Uganda, also hailed the donation, saying, "Every dose coming to Africa saves life and if we save life and we vaccinate as many people as we can and ensure vaccine equity, we can defeat the pandemic."

Uganda received the first batch of the Sinovac vaccines at the end of July this year.

As of Sunday, about 2.6 million doses have been administered in the country, according to figures from the ministry of health.