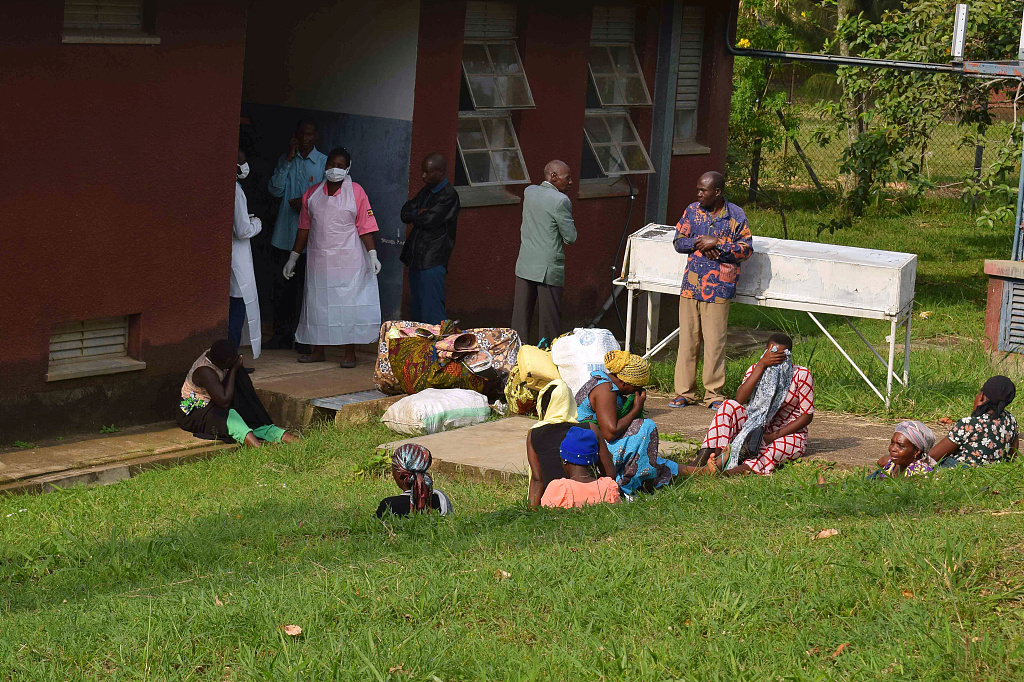 People are seen in the courtyard as Ugandan medical staff inspect the ebola preparedness facilities at the Bwera general hospital near the border with the Democratic Republic of Congo in Bwera, Uganda, June 12, 2019. (Photo: VCG)

KAMPALA, June 13 (Xinhua) -- Uganda has registered a second Ebola death after the outbreak was declared late on Tuesday, Uganda's Ministry of Health said on Thursday.

The patients were from a family of six who traveled to the Democratic Republic of Congo (DRC) where an Ebola outbreak had occured, to care for a relative who later died of Ebola.

A five-year-old boy and his grandmother tested positive for the virus after the family returned to Uganda. The boy died on Tuesday night, the first fatality in the country since the outbreak in neighboring DRC.

The grandmother died on Wednesday at Bwera Hospital in the western district of Kasese town in western Uganda, said the ministry's spokesperson, Emmanuel Ainebyoona, in a statement.

"It's unfortunate that we (have) lost the grandmother to the first confirmed case of Ebola, the five-year-old boy. The grandmother was among those in the Ebola Treatment Unit at Bwera Hospital," said the spokesperson.

The Ebola outbreak in Uganda was confirmed on Tuesday. The last outbreak in the country was in 2012, which left over 20 people dead.