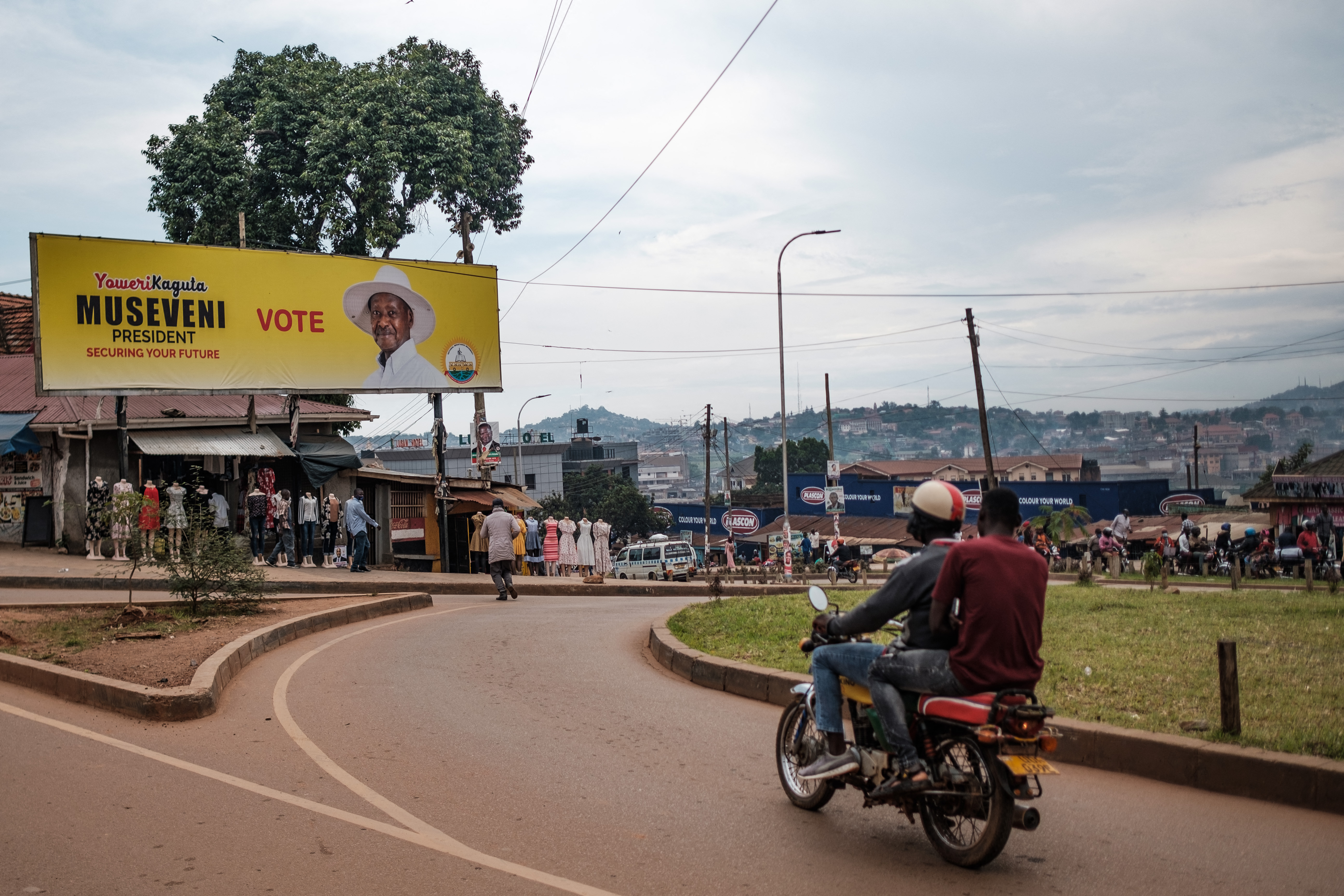 Billboards of Uganda's President Yoweri Museveni who is running for his 6th presidential term is seen in Kampala, Uganda, on January 4, 2021. (Photo: AFP)

An industry insider who spoke to AFP on condition of anonymity said that the order was first communicated in "nasty and aggressive" phone calls to the telecommunications companies on Tuesday morning.

The calls made it clear the order was retaliation for Facebook deleting pro-government accounts for seeking to manipulate public debate ahead of the election.

Facebook said Monday that the accounts were linked to the ministry of information and technology.

Some of these were already offline on Tuesday.

On Monday a list of over 100 virtual private networks (VPNs) was distributed to internet service providers by the UCC with orders to block them, according to the insider.

UCC spokesman Ibrahim Bbosa told AFP: "I am not aware of a directive to switch off internet or social media platforms."

"There has been slow connectivity on the platforms which can be partly due to heavy traffic as a result of the forthcoming elections" he said.