KAMPALA, July 21 (Xinhua) -- Ugandan Olympic athlete who escaped in Japan has been arrested by the authorities there, an official said here Tuesday. 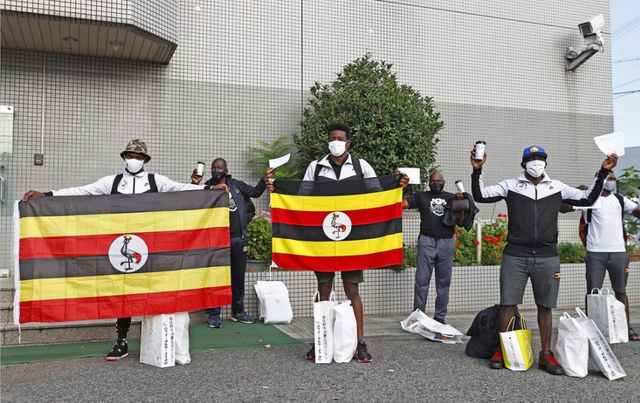 Donald Rukare, president of the Uganda Olympic Committee, told Xinhua that Julius Ssekitoleko, a weightlifter, was arrested on Tuesday after escaping from the Olympic village on July 16.

Ssekitoleko, together with other members, were meant to take a PCR COVID-19 test, but he instead vanished.

Although Ssekitoleko had initially been considered to make it to the Olympics through a quota system, the International Weightlifting body reviewed the list and Ssekitoleko missed a slot into the Games in the 67kg weight category.

After the world weightlifting body announced that Ssekitoleko could not make it to the Olympics, he and his coach were meant to fly back to Uganda on July 20.

Hamsom Obua, Uganda's minister of state for sports, said it is good news that Ssekitoleko has been found.

"The athlete will definitely be questioned on why he had to disappear and currently, the Japanese security is handling the matter," added Obua.

Last month when Uganda's first batch of athletes traveled to Japan for pre-training, they made headlines when two members tested positive for COVID-19.