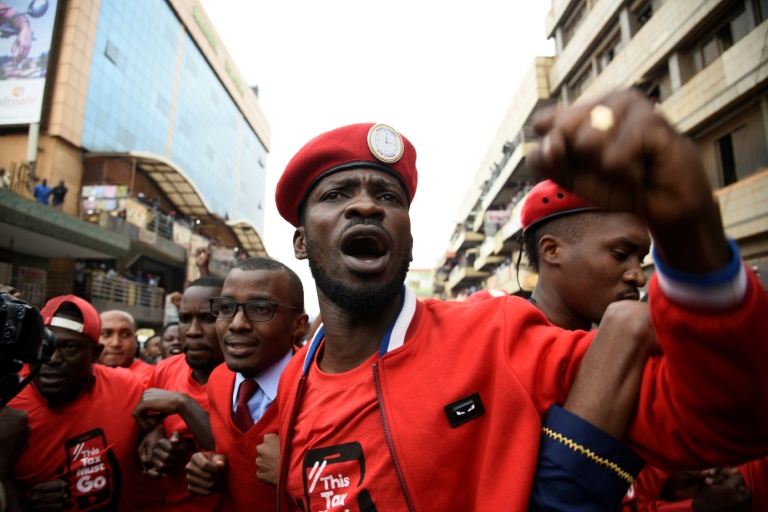 Ugandan musician and opposition lawmaker Robert Kyagulanyi, better known as Bobi Wine, was arrested Tuesday after an incident in which security officers shot his driver dead, a police spokesman said.

"We arrested Bobi Wine and others this morning and he is in our custody," said Emilian Kayima, Uganda's police spokesman.

Kyagulanyi was arrested in the northwestern town of Arua where he was campaigning for an opposition candidate in a hard-fought by-election that also drew President Yoweri Museveni in support of the ruling party candidate.

Following parallel rallies on Monday, Kayima said Kyagulanyi was arrested for obstructing the presidential motorcade, during which one of Museveni's official vehicles had a windscreen damaged.

On Twitter, before his arrest, Kyagulanyi alleged the killing was a case of mistaken identity.

"Police has shot my driver dead thinking they've shot at me," he said, posting a photograph of a blood-drenched man slumped at the wheel of a car.

The by-election, due to be held on Wednesday, was triggered by the unsolved June assassination of Ibrahim Abiriga, the late ruling party MP.