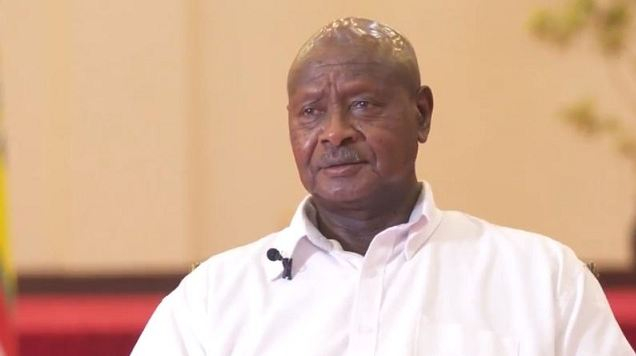 Museveni flagged off the 195-km historic trek code-named "Africa Kwetu", loosely translated "Our Africa", The Great Sacrifice from Galamba in the central district of Wakiso.

The president, dressed in full military combat, is leading the veterans, youths and well-wishers in the trek through the seven districts.

The trekkers are expected to cover 28 km per day before breaking in the evening over a bonfire at the dotted eight camp sites to remind Ugandans of the heroic exertions of the freedom fighters who volunteered out of patriotism, according to the organizers.

Museveni led the five-year guerrilla war that brought him into power in 1986.