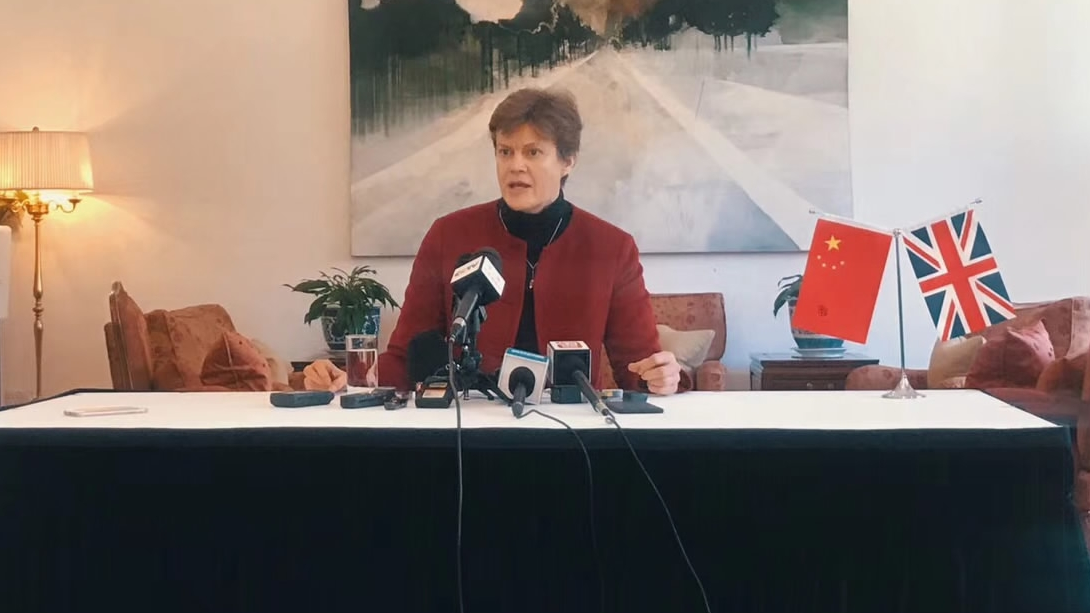 Over the past five years, the partnership between the UK and China has "flourished" in various aspects, and the two sides have a good basis to address their relations well, British Ambassador to China Barbara Woodward said in an exclusive interview recently with Chinese media outlet, 21st Century Business Herald.

"The golden era doesn't mean that the sun shines every day," the ambassador said, referring to the challenges the two countries are facing currently.

She has served as the British ambassador to China since February 2015 and will end the term in August.

The ambassador pointed out that trade relations, people-to-people links and close exchanges between the two governments have made the UK-China relationship longstanding and resilient.

"Moreover, personnel exchanges between our two countries are getting closer. There are more than 180,000 Chinese students studying in the UK, which is the largest group of foreign students in the UK," she added.

Talking about the close interactions between the two governments, Barbara said that even in the past six months, the British prime minister has spoken to President Xi Jinping twice by phone.

Besides the basis of bilateral relations, multilateral cooperation has also helped strengthen the UK-China ties.

"We have worked with China at the UN Security Council on the Iranian nuclear issue, the Korean Peninsula issue, and we have cooperated through the G20 on green finance, fighting corruption, keeping global trade free and open, and sustainable development," she said.

The two countries will enjoy a bright future in their relations, the diplomat asserted.