UK ambassador to US quits days after leaked cables on Trump

Britain’s ambassador to the United States resigned Wednesday after being made a diplomatic nobody by President Donald Trump following the leak of the envoy’s unflattering opinions about the US administration. 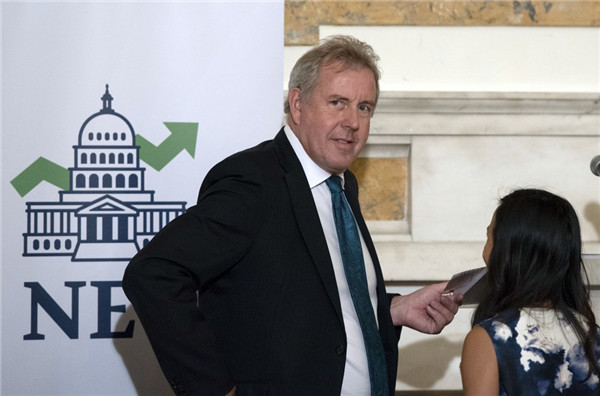 Veteran diplomat Kim Darroch said he could no longer do his job in Washington after Trump branded him a fool and cut off all contact with the representative of one of the US’s closest allies.

The break in relations followed a British newspaper’s publication Sunday of leaked documents that revealed the ambassador’s dim view of Trump’s administration, which Darroch described as dysfunctional, inept and chaotic.

“The current situation is making it impossible for me to carry out my role as I would like,” Darroch said in his resignation letter.

In the leaked documents, he called the Trump administration’s policy toward Iran “incoherent,” said the president might be indebted to “dodgy Russians” and raised doubts about whether the White House “will ever look competent.” 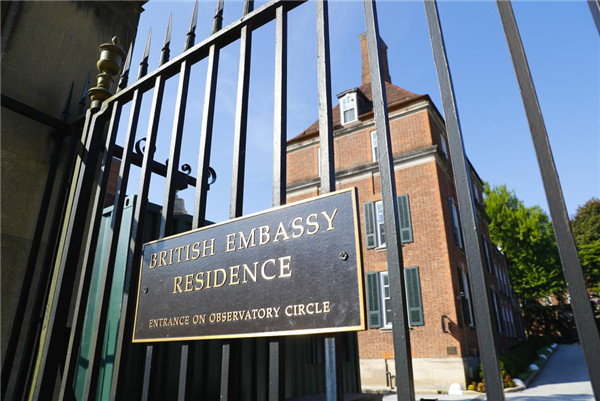 Prime Minister Theresa May and other British politicians have praised Darroch and condemned the leak in recent days. Some also accused Boris Johnson, who is likely to be picked as Britain’s next prime minister later this month, of failing to stand up for the UK’s envoy in Washington because he wanted to curry favor with Trump.

“The fact that Sir Kim has been bullied out of his job, because of Donald Trump’s tantrums and Boris Johnson’s pathetic lick-spittle response, is something that shames our country,” said Emily Thornberry, the spokeswoman on foreign affairs issues for the main opposition Labour Party.

Darroch had been set to retire at the end of the year. It’s unclear whether May will have time to name a replacement before she leaves office later this month.

Appointing ambassadors usually involves a formal civil service process with advertisements, applications and interviews, though Simon McDonald, head of Britain’s diplomatic service, said the post of ambassador to the US wasn’t always chosen that way.

“History shows that there are often bespoke procedures for filling the embassy in Washington, DC,” he said.

Darroch announced his decision the morning after a debate between the two contenders to replace May as party leader and prime minister, Johnson and Jeremy Hunt.

Hunt, who is Britain’s foreign secretary, vowed to keep Darroch in the post, but Johnson pointedly did not.

“I think it’s very important we should have a close partnership, a close friendship with the United States,” Johnson said.

Darroch’s forthright, unfiltered views on the US administration — meant for a limited audience and discreet review — appeared in the leaked documents published by Britain’s Mail on Sunday newspaper.

Darroch had served as Britain’s envoy to Washington since 2016; the leaked cables covered a period from 2017 to recent weeks.

British officials are hunting for the culprit behind the leak, which was both an embarrassment to May’s government and a major breach of diplomatic security.

“We will pursue the culprit with all the means at our disposal,” Foreign Office chief Simon McDonald told a committee of lawmakers.

McDonald said it was “vitally important” that ambassadors were able to speak candidly in private and that it was the first time in his career that a head of state has dismissed working with a British ambassador.

He told the Foreign Affairs Committee that even hostile states had not taken such action in his nearly 37 years in the department.

“This is not the first time a British ambassador has left post or resigned because of actions against the host government, but usually they are governments with whom we have problematic relations rather than friendly relations,” McDonald said.

But he said the trans-Atlantic relationship was “so deep and so wide that it will withstand any individual squall.”

He also said he feared there might be more leaks of sensitive government documents.

Like his predecessors, Darroch was a prominent figure in Washington, meeting frequently with high-level US officials and hosting parties at the stately British Embassy.

Gatherings were frequently bipartisan, drawing guests from the Trump and Obama administrations, who mingled with journalists and members of prominent think tanks.

Darroch often addressed the attendees at such gatherings, making sure to single out high-level administration officials. 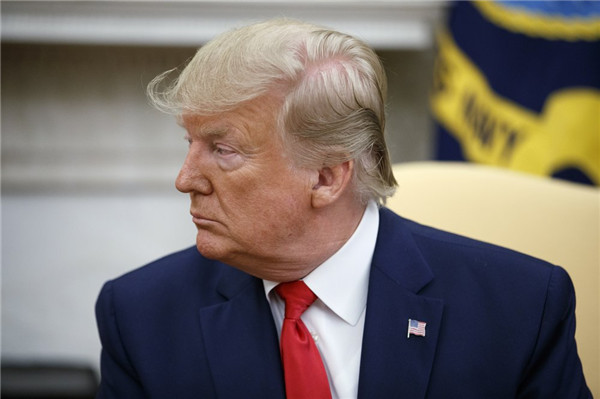 US President Donald Trump listens as Qatar's Emir Sheikh Tamim Bin Hamad Al-Thani speaks during a meeting in the Oval Office of the White House, Tuesday, July 9, 2019, in Washington.

Trump’s tweets created fury among many British politicians and officials, who found themselves insulted by the president’s decision to have the administration cut off contact with their ambassador.

It underscored that the close relationship between the two countries has become increasingly lopsided — a severe problem as the UK prepares to set a new path with its departure from the European Union.

“It is shameful that Kim Darroch has effectively been forced out for doing the job that diplomats are appointed to do,” Scottish First Minister Nicola Sturgeon tweeted. “Boris Johnson’s failure last night to stand up for him — and stand up to the behavior of Donald Trump — spoke volumes.”

Foreign Office minister Alan Duncan went further, accusing Johnson of having “thrown our top diplomat under a bus” for his own personal interests.

But Trump supporter and Brexit Party leader Nigel Farage described the resignation as, “the right decision.”

He tweeted: “Time (to) put in a non-Remainer who wants a trade deal with America.”