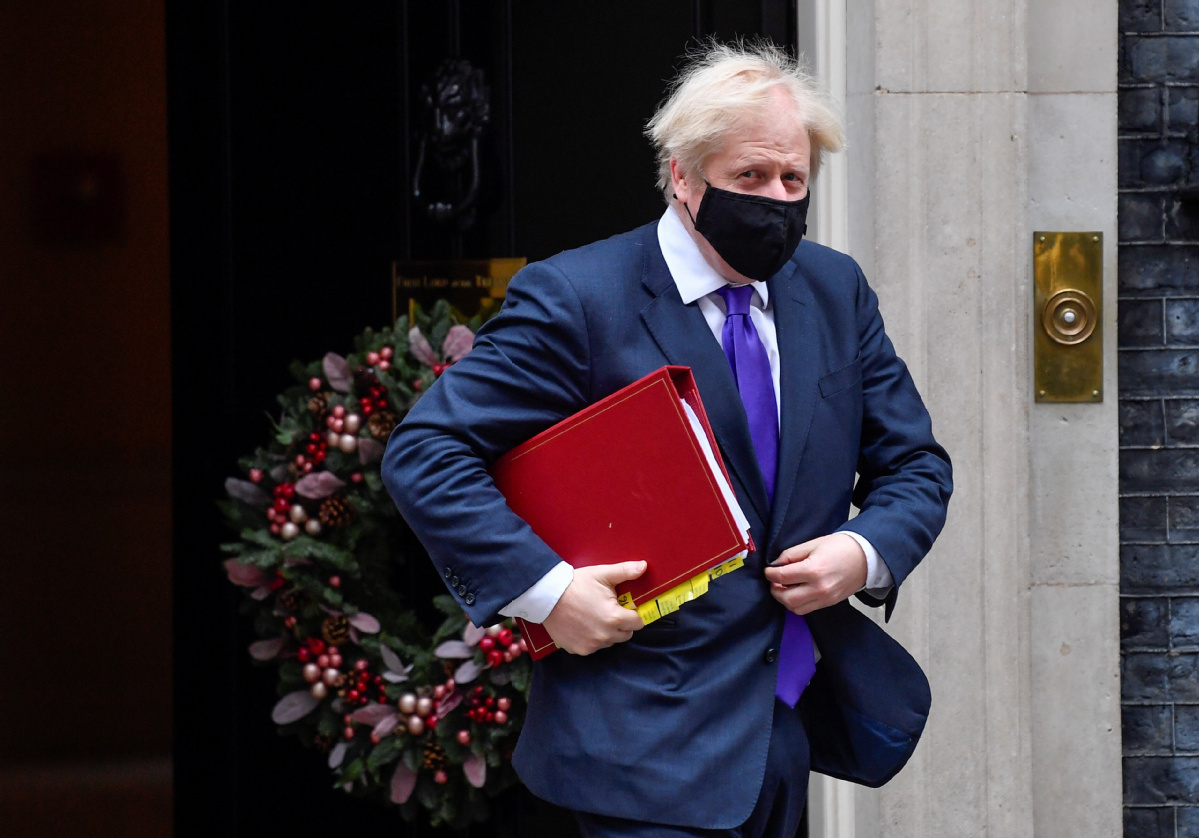 Further talks have also taken place in Brussels between the UK's chief negotiator David Frost and his EU counterpart Michel Barnier, but what the BBC called "significant differences" between the two sides' positions remain, with one UK insider calling discussions a "final throw of the dice."

A joint statement issued on behalf of Johnson and Von der Leyen said the issues of business competition and fishing rights remained as significant areas of disagreement.

This time last year, Johnson won a large Parliamentary majority at the general election on the promise to "get Brexit done", saying he had an "oven-ready deal" but 12 months later, the country still has no clear picture on how relations between the UK and the EU will operate from Jan 1.

The UK left the EU at the end of January, and entered into a transition period that lasts until the end of this month, during which time it has abided by EU rules and regulations, while trying to negotiate a deal to cover relations beyond the end of the year.

If no agreement is reached, Britain faces a no-deal Brexit, which would see border checks and taxes, widely predicted to cause economic and administrative chaos, on goods being transported between the UK and the EU.

Irish Prime Minister Micheal Martin focused on the positive aspect of further talks being planned at the top level, tweeting "An agreement is in everyone's best interests. Every effort should be made to reach a deal."

During the 2016 referendum on Britain's membership of the EU, Johnson and Michael Gove, now a leading member of his Cabinet, were prominent figures in the Vote Leave campaign, which in June 2016 said "taking back control is a careful change, not a sudden stop — we will negotiate the terms of a new deal before we start any legal process to leave."

In July 2017, Johnson told members of Parliament "there is no plan for no deal, because we're going to get a great deal".

"Boris Johnson is going to end up as the most isolated prime minister in peacetime history with no friends around the world, because he has simply chosen a path of confrontation when everybody knows it is Britain's economic interest, maybe not in the Brexiteers' ideological interest, to get a deal and get a deal now."