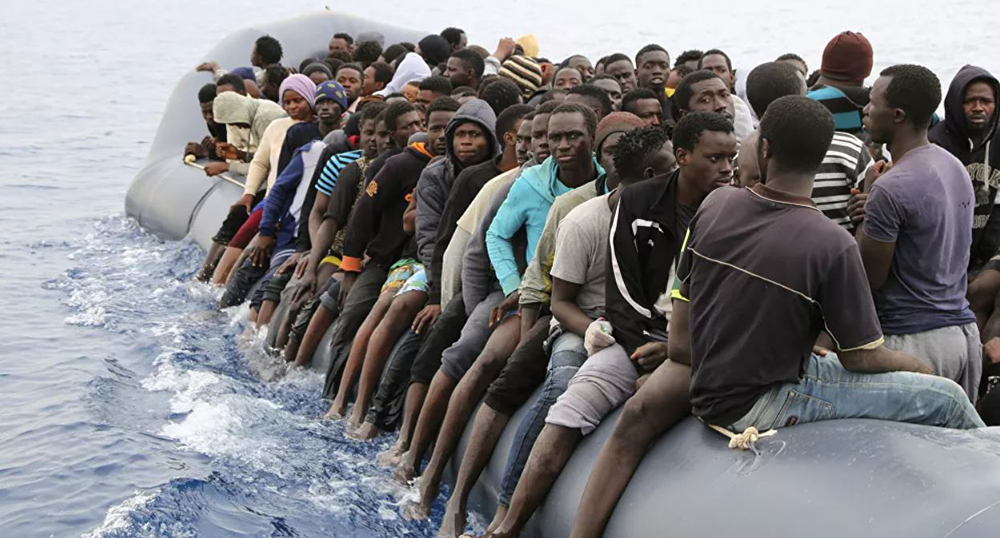 UK Prime Minister Rishi Sunak on Tuesday announced a new deal with Albania to stem the flow of migrants from the country crossing the Channel from mainland Europe.

"I can announce a new agreement with Albania and a new approach," Sunak told parliament.

"We will embed Border Force officers in Tirana airport for the first time ever, helping to disrupt organised crime and stop people coming here illegally."

A third of all those arriving in the UK on small boats this year -- almost 13,000 -- have been Albanian, and Sunak said Tuesday that under his plan, such people would be immediately sent back to Albania.

"Albania is a safe, prosperous European country," he told MPs.

"The Prime Minister of Albania has himself said there is no reason why we cannot return Albanian asylum seekers immediately," he added.

Sunak pointed out that Germany, France and Sweden all rejected almost 100 percent of Albanian asylum claims, whereas the UK rejection rate was 45 percent.

"That must not continue. So today I can announce a new agreement with Albania -- and a new approach," he added.

As well as Border Force officers in Tirana airport, Sunak's government will also "make it crystal clear" to those making asylum decisions that Albania is a safe country.

Many of those Albanians receiving asylum have done so under the UK's modern slavery system, and the prime minister said he will "significantly raise the threshold someone has to meet to be considered a modern slave".

Other policies in Sunak's keynote policy speech include the requisitioning of disused holiday camps and surplus military facilities to house those seeking asylum, which he says will cost half as much as the current policy of putting them up in hotels.

He also promised to restart the controversial plan, drawn up by former prime minister Boris Johnson, to fly asylum seekers whose applications fail for resettlement in Rwanda.

That plan has been held up by a series of legal challenges, including at the European Court of Human Rights that some Conservative right-wingers want the UK to leave.

The UK's Brexit-supporting government made "taking back control" of immigration a key plan of its drive to take the country out of the European Union.

But doing so has proved harder in practice, and with almost 45,000 people arriving in the country on small boats this year, has given the government a political headache.