The UK and Australia have agreed to a new free trade deal, the UK's first deal built from scratch since Brexit. It means British products such as Scotch whisky and cars will be cheaper to sell to Australia. It also allows Australian farmers to export tariff-free to the UK over the next 15 years. 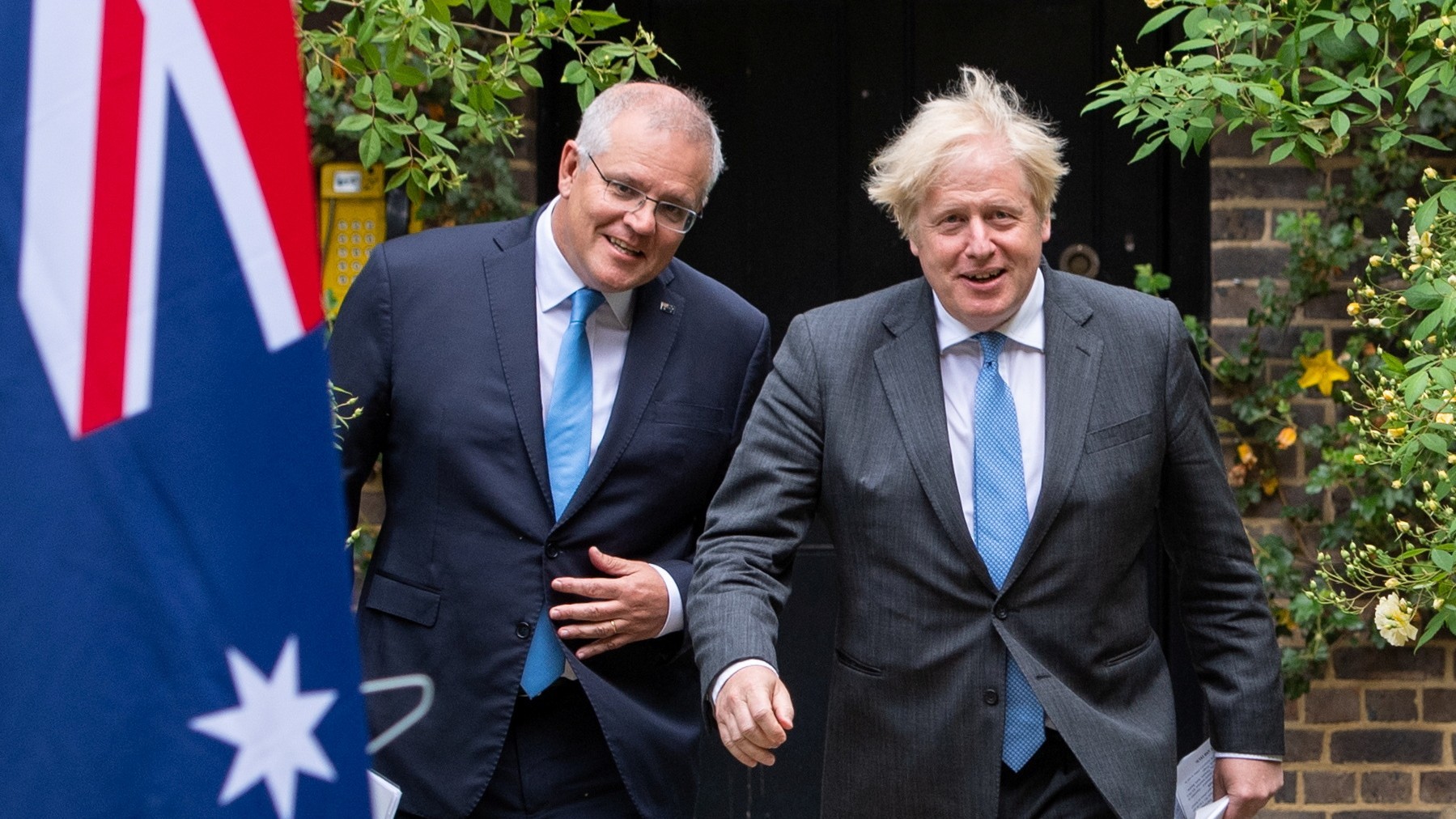 UK Prime Minister Boris Johnson announced the deal with Australian counterpart Scott Morrison on Tuesday morning. Full details of the agreement will be released this week.

"We're opening up to each other and this is a prelude to a further opening up around the world," Johnson said.

The deal has raised concern at the UK's National Farmers' Union, as members argue it will pave the way for Australia to export cheap lamb and beef into the UK, undercutting British producers.

Sussex beef producer David Exwood says: "It will threaten to undermine all the great work that British farmers have done for biodiversity, carbon [emissions] and animal welfare by bringing in unlimited amounts of beef and other products that we can't hope to compete with and could completely undermine our market."

Exwood runs a mixed farming operation with crops and beef cattle at his homestead, a one-hour drive to the south of London.

The fields and herds of cattle are small in comparison with Australia's scale of farming.

Exwood says the deal will give Australians access to the highly sought-after UK market.

"If Australia falls out with one of its major exporters, it could look to switch it to somewhere else," he warns. "With unlimited zero quotas and zero tariffs, they could suddenly switch a lot of production into the UK and there's nothing I could do about it."

UK Trade Secretary Liz Truss dismissed the concerns, telling the BBC the deal contained opportunities for British farmers. Truss stated that by the end of the decade, most of the world's "middle class" will be in Asia and they will want to buy products such as beef and lamb from the UK.

Australia's Prime Minister Scott Morrison said: "This is the most comprehensive and ambitious agreement that Australia has concluded."

The deal is the British government's first entirely new post-Brexit trade deal since leaving the European Union. Other deals have been rolled over from previous agreements.