From his "racist comments" to populist image, Prime Minister Boris Johnson is viewed with disdain by some in Joe Biden's camp. But Britain hopes climate action could be a trump card to salvage its "special relationship" with the United States. 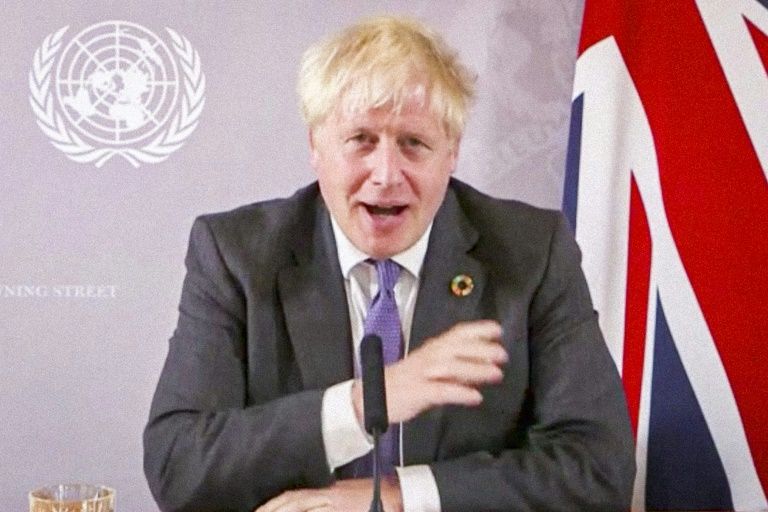 Britain's Prime Minister Boris Johnson may find climate action to be his trump card to salvage 'special' relations with the US under the presidency of Joe Biden. (Photo: AFP)

The Irish-American president-elect's ambivalence towards the United Kingdom was illustrated in a viral video shared by a BBC reporter in Washington on Saturday, after the Democrat declared victory over Donald Trump.

"The BBC? I'm Irish!" a smiling Biden retorted in the video from January, ignoring the British reporter's plea to ask a question.

The tone was jocular but Biden's discontent at Johnson is on record, after the prime minister introduced Brexit-related legislation that both Ireland and leading US Democrats fear could undermine peace in Northern Ireland.

In September, Biden warned Britain could forget about its hopes for a US trade deal after Brexit takes full effect on January 1 if Northern Ireland becomes a "casualty" of the EU divorce.

Last December, as Johnson closed in on a general election victory, Biden showed his own disdain in describing the Conservative politician as a "physical and emotional clone" of Trump.

The prime minister has offered praise of Trump in the past and his long trail of provocative comments has come back to haunt him at a time when France and Germany are beating their own path to Biden's door.

Biden was vice-president to Barack Obama when Johnson, in 2016, wrote that Obama was anti-UK owing to his "part-Kenyan" heritage and "ancestral dislike of the British Empire".

Johnson is trying to make amends now and was among the first European leaders to post his congratulations via social media after US networks called the race for Biden.

"The US is our most important ally and I look forward to working closely together on our shared priorities, from climate change to trade and security," he said.

Former Obama aide Tommy Vietor, however, was scornful in response to Johnson's words.

"This shapeshifting creep weighs in," Vietor tweeted. "We will never forget your racist comments about Obama and slavish devotion to Trump but neat Instagram graphic."

Yet in policy terms, Britain remains far more aligned with Biden and with its European allies on climate change, Iran, Russia and collective defence under the NATO umbrella.

Foreign Secretary Dominic Raab anticipated working with the Biden administration on issues such as the Covid-19 pandemic, as Britain prepares to take over the G7 presidency next year and to host the UN's next global climate policy gathering, COP 26.

Biden has vowed to rejoin the UN's Paris Agreement on climate change "on day one", after Trump abandoned it.

Ironically, the coronavirus pandemic may have done Johnson a diplomatic favour. The COP 26 meeting was meant to be happening this week, in Glasgow, but has been pushed back to November 2021.

So rather than dealing with a Trump-led, climate-denying US, Johnson can look forward to the possibility of Biden coming in person to Glasgow to strengthen the Paris Agreement and avert the prospect of runaway temperature rises.

- More together than apart -

Britain will inherit the G7 presidency from the United States and Senator Chris Coons, a close Biden ally from Delaware, believes "it's a chance to present a joint platform of our vision to the world about climate change".

"The special relationship between the US and the UK has endured over decades," he told the BBC in an interview broadcast on Sunday. "We've got more to do together than we could possibly do apart."

The Democratic senator also said that he had personally found Johnson "more agile, engaging, educated and forward-looking than perhaps the caricature of him in the American press might have suggested".

"It's my hope that president-elect Biden will have a similar experience."

The Biden campaign banned all contacts with foreign governments, a legacy of allegations surrounding Trump's dealings with Russia, but Raab procured a meeting with Coons when he visited Washington in September.

Interviewed also on the BBC Sunday, the foreign secretary welcomed Coons' words and highlighted climate change among the factors binding London to Biden, along with trade and the nations' intelligence and security alliance.

"Next year is a big year for the UK," Raab said. "There's a huge amount of work to do and we're looking forward to working with the US administration."