The British government has banned freight drivers who have traveled through Denmark over the past 14 days and aren't UK residents from entering England, as it tightened travel restrictions from a country witnessing widespread coronavirus outbreaks at mink farms. 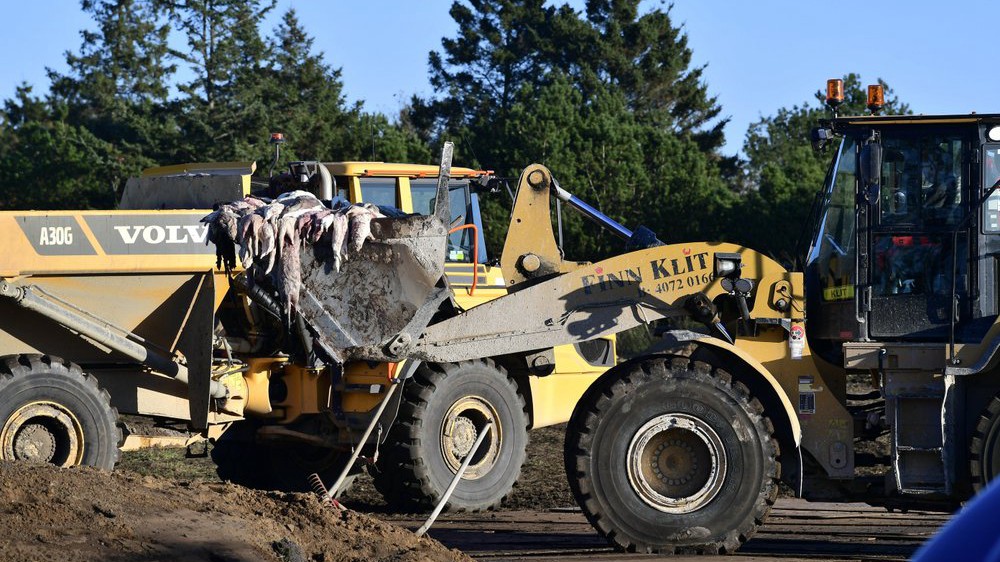 Under the new rules that came into force at 4 a.m. Sunday, passenger planes and ships traveling from Denmark and carrying accompanying cargo, also won't be allowed to dock in England.
From Saturday, British nationals or residents returning to the UK directly or indirectly from Denmark were required to quarantine themselves with other members of their household until two weeks passed since they were last in Denmark. Non-British national or resident travelers who had been in or transited through Denmark in the preceding 14 days would be denied entry.

"Given the significant unknowns regarding the new mutation of COVID-19 originating in Denmark we have moved quickly to protect our citizens and prevent the spread of the virus to the U.K," the Department for Transport said in a statement Sunday.
The travel ban and extra requirements will be reviewed after a week, it added.
Taking a safety first approach, the Danish government has ordered the cull of all 15 million minks bred at Denmark's 1,139 mink farms and has put more than a quarter million Danes in a northern region into lockdown. It has said a mutation of the virus has been found in 12 people infected by minks.
Denmark, the world's largest mink fur exporter, produces an estimated 17 million furs per year. Kopenhagen Fur, a cooperative of 1,500 Danish breeders, accounts for 40 percent of the global mink production.