LONDON, Aug. 4 (Xinhua) -- A plea was made Sunday to Europe's top Brexit negotiator Michel Barnier to urge European Union leaders to re-open negotiations with Britain to avert a no-deal outcome. 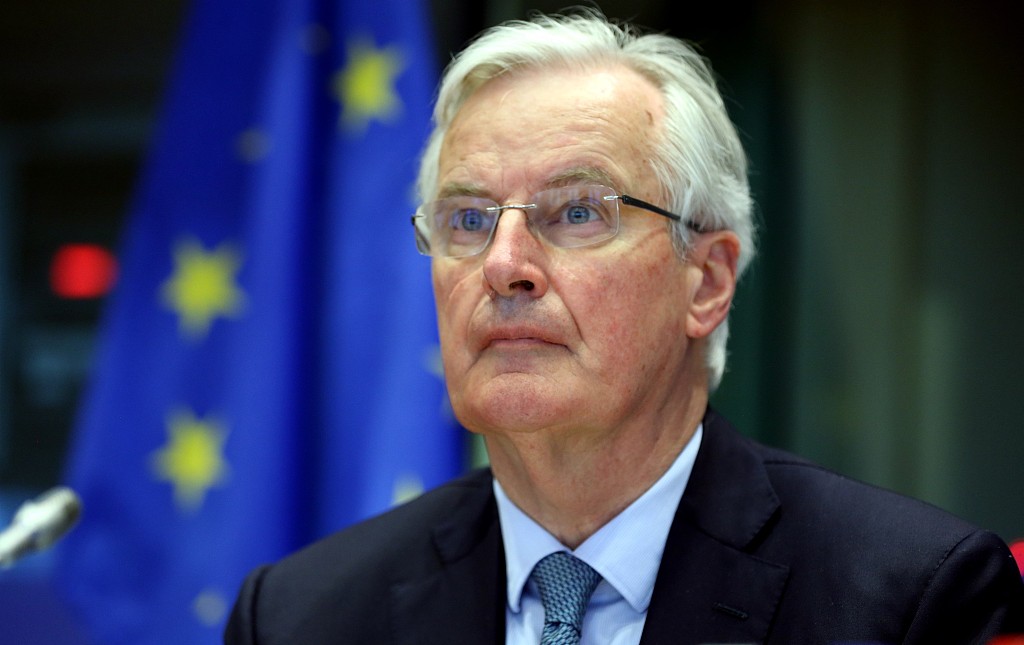 The call was made by Brexit Secretary Stephen Barclay, one of the few top ministers to keep his job in the biggest ever cabinet reshuffle following Boris Johnson's arrival at 10 Downing Street.

In a penned article in London's Mail on Sunday newspaper, Barclay said: "We needed a fresh approach and we've got one. With a change of Prime Minister, we have the combination of determination and optimism we need to end the impasse."

Barclay said Britain, under Johnson, now has a clear and unambiguous position, to leave the EU on Oct. 31, whatever the circumstances.

"We would prefer to leave with a new deal, but will be ready to leave without one, having made all the necessary preparations. Parliament will not accept the withdrawal agreement as it is," said Barclay.

Barclay added that EU chief negotiator Barnier has told the British government his instructions from European leaders mean he cannot change it.

"As he told me when we spoke last week, his mandate is his mandate. He can only negotiate what the Commission and leaders of member states have agreed."

Barclay said the political realities have changed since Barnier's instructions were set. "Since the last mandate was agreed, 61 percent of all the EU states' MEPs have changed. Such a fundamental shift illustrates the need for a change of approach.

"Mr Barnier needs to urge EU leaders to consider this if they too want an agreement, to enable him to negotiate in a way that finds common ground with the UK. Otherwise, No Deal is coming down the tracks."

He said the countries of the EU need to ask themselves what is in the shared best interest.

"They also need to understand the depth of feeling in Parliament against the anti-democratic backstop. It was voted down three times because it would be easier to leave the EU than the backstop," said Barclay."

The so-called backstop position is an arrangement to avoid a hard border between British-ruled Northern Ireland and the neighboring Irish Republic. When Britain leaves the EU the 500-km border will be the only frontier between the two sides within the British Isles.

Barclay said politicians in Britain's House of Commons have made clear they cannot allow the people of Northern Ireland to have an indefinite period of continued alignment foisted on them.

"It would mean Northern Irish voters being governed by rules in which they have no say. And since we can only leave the backstop by agreement with the EU, once it is triggered we could be locked into it for ever," he added.

"There is simply no chance of any deal being passed that includes the anti-democratic backstop. This is the reality that the EU has to face," Barclay concluded.

The truth is, he said, that a deal is entirely possible if the EU takes a reasonable and sensible approach, starting by giving their chief negotiator the room to negotiate.